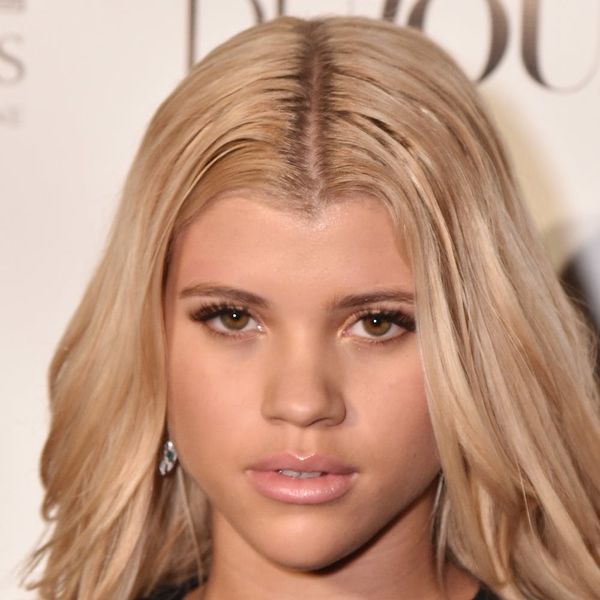 Another one crosses over to the dark side! After The Crown star, Claire Foy, and Allison Williams both jumped ship from their formerly blonde lives in favor of their naturally brunette strands this month, Sofia Richie is doing the same, with all signs pointing to an early jump on a hair color trend for 2018.

The model, who recently made her official debut as part of a couple with BF Scott Disick, showed off pics of her brand new dye job over on Instagram stories while mid-foil, writing, “New color.”

She also gave us a peek at the finished product, which was just a shade lighter than Disick’s famous ex, Kourtney Kardashian’s and appeared to be slightly shorter than the collarbone-length strands she’s been sporting as of late.

Richie, 19, has been going back and forth between her naturally dark tresses and beach blonde ones for some time now — back in 2015, she debuted one that’s nearly identical to the short brown bob she’s currently showcasing.

Honestly, we don’t blame her — girl looks pretty great in either shade, so why not rock them both? And who knows? Maybe she’ll take a cue from big sis Nicole Richie (who’s officially bringing back pastel highlights) and go for pastel in the New Year!

Do you like Sofia Richie better as a blonde or a brunette? Cast your vote over @BritandCo.

Nicole Briese
Nicole is the weekend editor for Brit + Co who loves bringing you all the latest buzz. When she's not busy typing away into the wee hours, you can usually find her canoodling with her fur babies, rooting around in a bookstore, or rocking out at a concert of some sort (Guns N' Roses forever!). Check out all her latest musings and past work at nicolebjean.com.
Celebrities
Hair
Celebrities Celebrity Hair Hair Color hair dye Kardashians