Solange Covers Elle for the First Time Ever 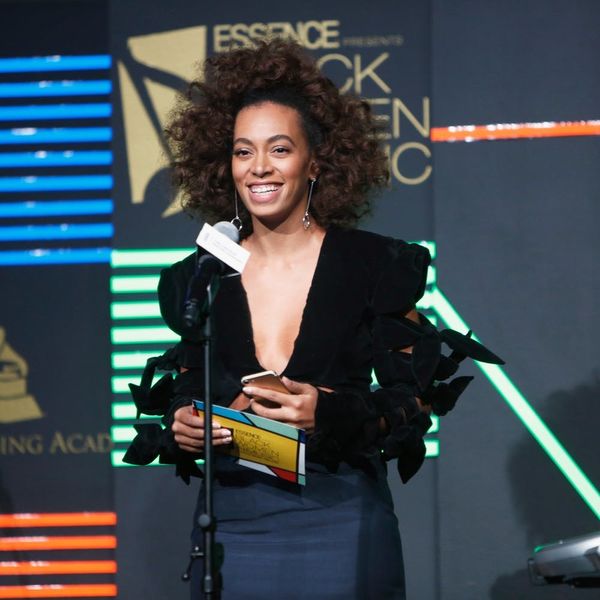 Beyonce isn’t the only Knowles sister making headlines recently. She may not be expecting twins, but 2017 is off to a great start for Solange thanks to her powerful cover of the March issue of Elle.

Solange looks fierce in a Norma Kamali red puffy coat, aptly named “Sleeping Bag Coat,” and her trademark natural curls on the cover. For her spread, she continues the color theme in a red stole and pants by Pleats Please Issey Mikaye, and boots by Laurence Dacade. She also graced the pages in a white Celine jacket and trousers (with bold red eye makeup).

The cover isn’t the only appearance she’s making this week. The “Cranes in the Sky” singer stunned in a textured, black statement jacket by up and comer Loza Maléombho at last night’s ESSENCE Black Women in Music event. Solange, who is known to support under-the-radar designers of color, introduced the performance of her friend and mentor, Erykah Badu.

When talking about why she chose the sound for her latest album, Seat at the Table, she told Elle, “I did want to create this juxtaposition, politically, of having these very hard, messy conversations but having them stylistically in a way that you can really hear me, and not the yelling, the rage. I wanted to project in my delivery what I was not achieving at all: peace and having a certain lightness and airiness that could maybe help me get closer to having more light and airiness in my life.”

Are you a fan of Solange’s style? Let us know @BritandCo!