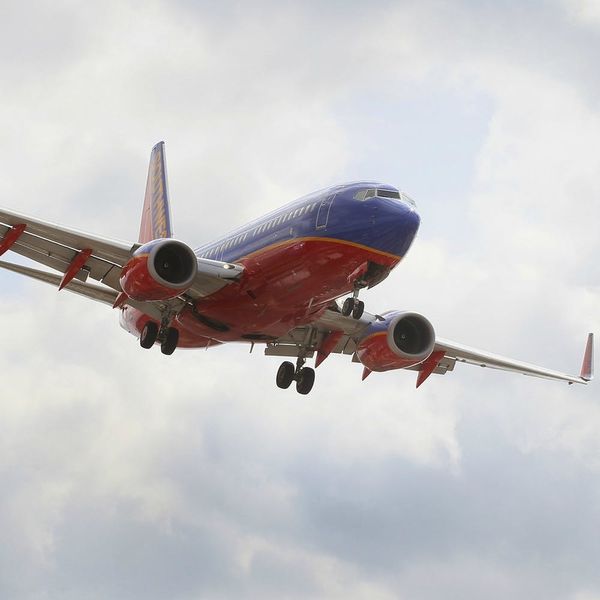 On Tuesday, a Southwest flight out of New York City experienced a mid-air explosion that killed one passenger and injured others. But the tragedy could have been much worse were it not for the quick thinking of Southwest Pilot Tammie Jo Shults, whose cool-headed emergency landing in Philadelphia has led the flight’s survivors to declare her a hero. But it turns out that Shults’ heroic background predates the news-making Southwestern flight.

About 20 minutes after her Southwest flight took off from New York’s La Guardia airport, headed to Dallas, one of the engines on Shults’ dual-engine plane exploded, sending shrapnel into the plane via one of the windows. The plane depressurized and one passenger was partially sucked out of the plane (she later died from her injuries). Shults calmly radioed air traffic controllers to report that there had been an accident and spent the next 40 minutes coordinating a safe landing.

While passengers braced for the worst, Shults calmly got the plane to the ground, and is being called a hero for her work. But it’s her history as one of the first women ever to pilot a fighter jet that probably helped the now-retired Navy veteran develop what passengers have called her “nerves of steel” during the emergency landing.

And although Shults is being compared to the Miracle on the Hudson, Captain Chesley “Sully” Sullenberger, what 56-year-old Shults pulled off was actually far more impressive. According to The Daily Beast, while Sullenberger’s plane had automated controls to help him land safely after hitting a bird mid-flight, Shults’ plane was manual and her expertise and extensive training flying fighter jets probably helped her navigate a safe landing.

Though the accident won’t do much to assuage nervous fliers, as long as there are pilots like Captain Shults on commercial airlines, travelers can rest assured that they’re in good hands.

Tell us what you think of Captain Shults calm under pressure on Twitter.