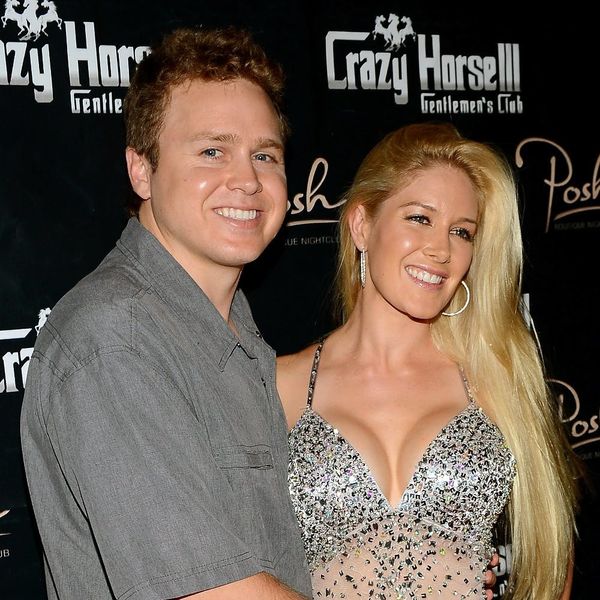 Spencer Pratt and Heidi Montag have every intention of teaching their baby boy what NOT to do, and they plan to use their own lives as examples. We may still be gazing at the bebe in a 3D sonogram pic (meaning there are still a few months to go before the big arrival), but his parents already know exactly what they’re going to teach their little one when it comes to disastrous mistakes and how to avoid ’em.

“I’ll be able to teach my son [about] all the things that I shouldn’t have done,” the 33-year-old father-to-be told Us Weekly. The proud papa explained that he sees a silver lining when it comes to his mistakes, saying, “I don’t regret all my bad decisions because I’m going to use them for good.”

Montag, 30, apparently agrees with this parenting technique and is already sure that her hubby has the skills needed to fulfill his role. “He’s going to be the best father,” she gushed. “I’m excited to see who Spencer is going to become.”

While we’re not sure if Pratt should share *all* of his past mistakes with his baby boy (certainly not until the little dude is much older), we’re definitely with Montag when it comes to being interested to see what kind of father Pratt ends up being.

What do you think about sharing your past mistakes with kids to help them avoid the same problems? Let us know @BritandCo!