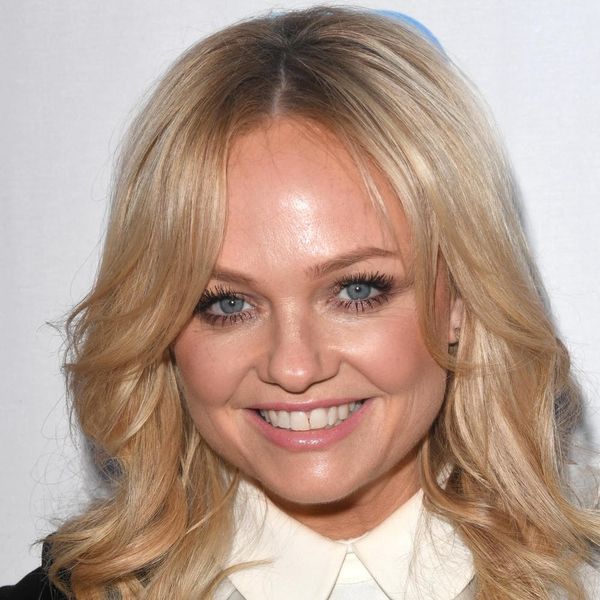 It’s been more than 20 years since the Spice Girls first danced their way into our lives with their hit single “Wannabe,” but still, they’re keeping us on our toes, “spicing up our lives” at practically every turn. Just yesterday, Victoria Beckham released her first ad for her new Target line, Victoria Beckham x Target, driving fans wild with its background tune of (what else!?), “Spice Up Your Life.”

But she’s not the only Spice Girl stirring things up. In honor of London’s upcoming bi-annual Red Nose Day on March 24, which was launched by Comic Relief (a UK charity that aims to “drive positive change through the power of entertainment”) back in 1988 as a way to earn money for charities by doing goofy or silly things for fundraising donations, British Airways tapped Baby Spice (AKA Emma Bunton) to be one of the newest members of its flight crew.

The airline, which has raised more than $3 million for Comic Relief in the past seven years, suited Bunton up in head-to-toe Airways gear, along with British diver Tom Daley and English comic/actor David Walliams, and unleashed them on its customers.

Bunton, for her part, played her role to a T, with plenty of Spice Girls themed ad-lib thrown in for good measure. Using lines from her own songs, she toyed with the unsuspecting fliers, throwing cheeky sayings at them with verve. “A little bit closer, baby,” she tells a man peering into the video camera she has instructed him to. “Come on, get it on, get it on” (a classic from the group’s smash, “2 Become 1,” which, incidentally, Mel C. and Beckham recently performed together in Maldives).

“If you could just shake it to the left,” Bunton says to her next victim customer, a nod to “Spice Up Your Life.” “Shake it to the right. PERFECT!” she says.

One young woman inadvertently stings Bunton when she asks if she had a favorite Spice Girl growing up. “The Sporty One,” Bunton repeats back to the woman. “REALLY. Are you sure about that? Oh, good,” she trails off when the woman maintains her answer.

The woman seemed to wise up the second time around, however, when Bunton asked for her second favorite. “The blonde one,” she says. “I don’t remember her name,” which, of course, Bunton helpfully supplies her with. “BABY,” she says. “She was my favorite. She had the moves, that girl. Yeah. She was good.”

Check out Bunton in all of her Spicy hilarity below.

Would you have recognized Bunton as a flight attendant? Tell us over @BritandCo.

Nicole Briese
Nicole is the weekend editor for Brit + Co who loves bringing you all the latest buzz. When she's not busy typing away into the wee hours, you can usually find her canoodling with her fur babies, rooting around in a bookstore, or rocking out at a concert of some sort (Guns N' Roses forever!). Check out all her latest musings and past work at nicolebjean.com.
Charity
Celebrity News
Charity
More From Celebrity News