This Is the Newest Braiding Trend Taking Over the Red Carpet 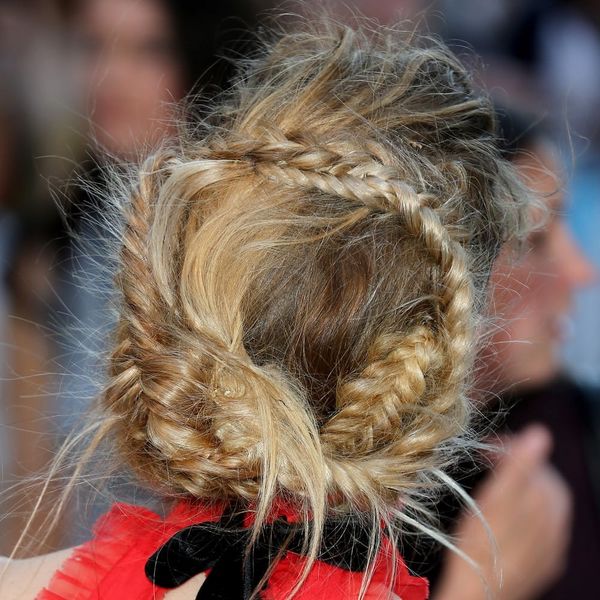 We’re currently undergoing a bit of a braiding revolution. While the three-part braid is always a solid option, you can now also try out a fishtail, a French braid, an inverted French braid… we could go on. If you’ve already gone ahead and mastered all those, we now have one more for you to try: spiral braids.

Similar to the boho-inspired crown braid (or halo braid), the style typically starts toward the top of the head and curves around toward the nape of the neck. But unlike the popular style, the spiral braid makes some unexpected twists and turns. Additionally, it’s set a little further back, leaving the front looking loose and laid back.

Both Emma Stone and Amber Heard have recently rocked this look on the red carpet. When they took on the style, the two ladies opted not for a traditional braid but rather a super messy fishtail. Basically, if Khaleesi slept in her braids for two or three nights, it would probably end up looking a little something like this (which by no means makes it a bad thing).

Now onto that question we’re guessing you’re going to ask next, “How do I do it?!” Fret not, you braiding beauts; we have a few tips for you. While we haven’t found a single tutorial that teaches this exact look, you can definitely copy the style if you take a couple pointers from one and a few from the other.

First we suggest mastering a fishtail crown braid. Fishtails can be tricky, and when you’re also trying to wrap it around your head, things get even more complicated. Once you’ve mastered that, move on to a zig zag braid, which will help you figure out how to not only go around the head, but also back and forth (or up and down). Then combine those two to and voila! You have a spiral braid. Before you hit the red carpet (or the grocery store) make sure to tousle your fingers through the braid to add that much-needed touch of messiness.

Are you already rocking a spiral braid? Snap a pic and share it with us in the comments below.

Cortney Clift
Cortney is the senior writer and special projects editor at Brit + Co. She typically covers topics related to women's issues, politics, and lifestyle. When she's not buried behind her computer you'll find her exploring New York City or planning her next big adventure.
Braids
Hair
Braids Celebrity Hair