16 Haunting Reads to Get You in the Halloween Spirit 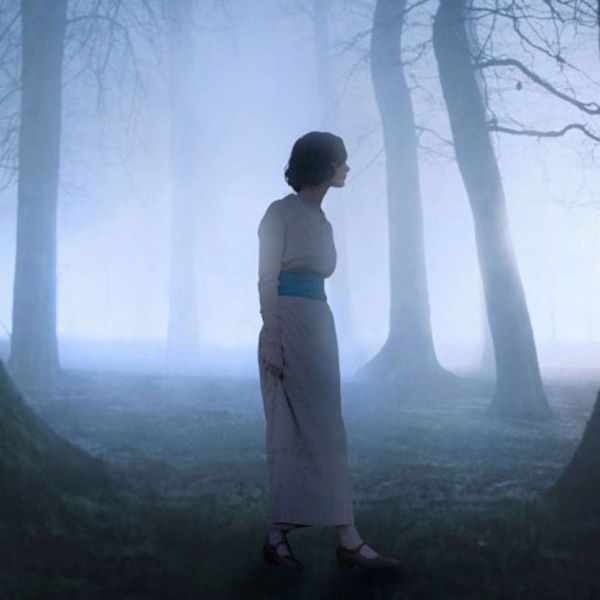 There’s nothing quite like curling up with a spooky book to get you in the Halloween mood. Sure, Halloween movies are perfect for cozy nights in, but you can take a scary read anywhere. From ghoulish apparitions to murder mysteries, these novels are sure to give you the goosebumps, heebie-jeebies and the chills. Forget scary movies — these 16 haunting reads will keep you up all night on All Hallows’ Eve.

1. The Bloody Chamber: And Other Stories by Angela Carter ($11): Imagine your favorite fairy tales retold with female protagonists. Carter does just that in this dark and sensual spin on classic tales. As if you weren’t already sold by the stunning cover art, we bet you can’t wait to read the stories inspired by tales like Red Riding Hood, Bluebeard and Beauty and the Beast.

3. Bad Girls Don’t Die by Katie Alender ($9): It doesn’t get much creepier than a living doll, right? Oh, except for paranormal activity… in a haunted house. So if you’re a fan of all three, you’ll be a fan of this book.

4. Bitten by Kelley Armstrong ($9): Calling all werewolf lovers: This tale of paranormal romance will leave you transformed. Elena Michaels, the only female werewolf, leaves the pack determined to live a normal life. Then she finds out that normal may no longer be an option.

5. Dark Places by Gillian Flynn ($8): If you loved Gone Girl, you’ll love Flynn’s other bestseller. This twisted thriller focuses on Libby Day, a survivor of “The Satan Sacrifice” that killed her mother and two sisters. As if testifying that her brother was the killer wasn’t rough enough, Libby is forced to revisit her past when new evidence suggests that the real killer may still be out to get her.

6. Lullaby by Chuck Palahniuk ($13): Here’s a book that won’t put you to sleep (or give you any). When reporter Carl Streator investigates a series of children’s deaths, he finds that all the dead children were read the same poem from the same book the night before they died. Streator teams up with the mother of one of the victims to try to find and destroy all remaining copies of the book. With a little bit of satirical fun and cringe-worthy horror, Palahniuk will take you for a ride with this one.

7. Something Wicked This Way Comes by Ray Bradbury ($7): Wicked gets a new name when “Mr. Dark” comes to town. Best friends Jim and Will find themselves in a living nightmare when they cross paths with a traveling carnival and its leader, “Mr. Dark,” who promises to fulfill everyone’s deepest wishes. You won’t ever look at carnivals the same way once you’re done. Wicked, indeed.

8. The Appearance of Annie Van Sinderen by Katherine Howe ($14): A little bit of romance and a little bit of mystery come together in this ghostly tale. It’s summertime in New York City when aspiring filmmaker Wes Auckerman falls head over heels for Annie, a girl he met while shooting a séance. But there’s something about her that isn’t quite right. For one, she dresses different and always uses strange slang. Two, he always seems to bump into her on the same block. Will he figure it out?

9. The Bell Witch by Brent Monahan ($13): Here’s a novel you won’t want to read on a cold, windy night. Based on the actual events surrounding the 19th-century Bell family of Adams, Tennessee, the story recounts the only case in U.S. history when a spirit caused a man’s death. For those of you who can’t get enough of ParanormalActivity, you’ll want to check out this chilling book.

10. The Shining Girls by Lauren Beukes ($13): Combining elements of horror, mystery and fantasy, the novel’s premise is one you’ve never come across before. Just like its time-traveling serial killer (right?) antagonist, the chapters will take you for a ride jumping from POV and year. When Kirby Mazrachi becomes the first girl to escape him, she intends to make sure she’s also the last.

11. The Shining by Stephen King ($5): No Halloween reading list is complete without Stephen King. Like King’s novels, The Shining is pure horror at its best. When Jack Torrance takes on a caretaker position for an isolated hotel in the Colorado Rockies, a storm leaves him and his family trapped. Though meant to be empty, the hotel seems to have a life of its own — and an evil one at that.

12. The Thief of Always by Clive Barker ($10): Did you ever wish you could be taken to a world where everyday is filled with fun? When 10-year-old Harvey is whisked away by a creature to a magical world where all his dreams are fulfilled, he doesn’t realize that paradise comes at a cost. If you enjoyed Neil Gaiman’s Coraline, you’ll love this sinister story.

13. The Uninvited by Cat Winters ($12): This haunting read combines gothic romance with historical fiction. Set during the Great Influenza of 1918, the tale follows 25-year old Ivy Rowan who leaves home for the first time after discovering her father and brother have killed a local German in retaliation for her second brother’s death during the war. There’s no escape from the uninvited ones when Rowan can see the spirits of departed ones.

14. Trust No One by Paul Cleave ($16): Nothing is as it seems. In this exciting psychological thriller, a famous crime writer diagnosed with Alzheimer’s struggles to differentiate between his own reality and the murderous plot he’s written. You’ll be taken for a mental trip, not knowing who or what to trust once the book’s done.

15. Warm Bodies by Isaac Marion ($12): When a zombie named R falls for a human girl named Julie, he begins to experience feelings and thoughts he’d forgotten he ever had. It’ll have you asking yourself what it is that makes us human.

16. World War Z by Max Brooks ($12): If you’ve ever wondered what would happen if you lived in The Walking Dead, picking this book up might give you a clue. When the Zombie War nearly exterminates all of humanity, Max Brooks records what little remains in the apocalyptic world and his fight to survive.

Are you ready for Halloween? Which one of these haunting reads will you pick up?

Grace Lee
Grace is an LA-based freelance writer, documenting her everyday life via her Instagram. She's a fan of spontaneity, individual style, all things Harry Potter, cuddling with her two dogs, and exploring new places. More about Grace can be found on her blog, Girl Meets World.
Books
Current Events
Books Halloween