Starbucks Is Setting a Brilliant Example With Its Latest Bold Move 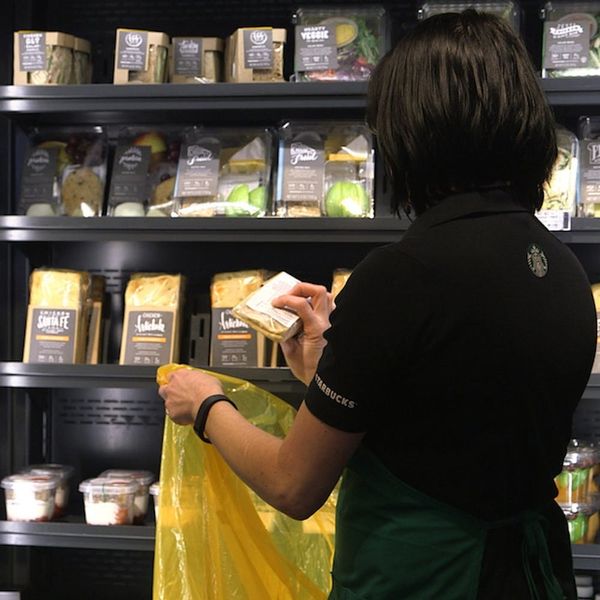 When Starbucks shows up on your Facebook feed, it’s usually because of some crazy new Frappucino flavor. However, this time, the coffee chain is making headlines not because of a new addition to their spring menu, but because of the new way they’ve decided to handle their food waste.

With nearly 50 million Americans struggling to avoid hunger today, food waste has been a major topic of discussion for some time now. While there are a few grocery stores who have made impressive changes to the way they deal with the issue, Starbucks has been restrained for various health safety reasons. Mainly, they cannot give away food past its expiration date even if it’s actually okay to be consumed.

But nevertheless, they’ve been investing in research and quality assurance testing to develop a way to safely to donate, and it seems they’ve finally found a solution. According to a press release from Starbucks, they’ve created FoodShare, a program that will donate ready-to-eat meals to food banks from its 7,000+ stores in the US. This is all being executed with a little help from the Food Donation Connection and Feeding America.

In the first year alone, Starbucks’ FoodShare program is estimated to provide about 5 million meals to hungry families and individuals. They also plan to build up the program over the next five years so as to be able to donate 100 percent of their leftover food. If that becomes a reality, they’ll be able to provide about 50 million meals to those in need by 2021. We’ll grab an iced coffee and cheers to that!

Cortney Clift
Cortney is the senior writer and special projects editor at Brit + Co. She typically covers topics related to women's issues, politics, and lifestyle. When she's not buried behind her computer you'll find her exploring New York City or planning her next big adventure.
Starbucks
Food News
Starbucks
The Conversation
Reviews:
More From Food News