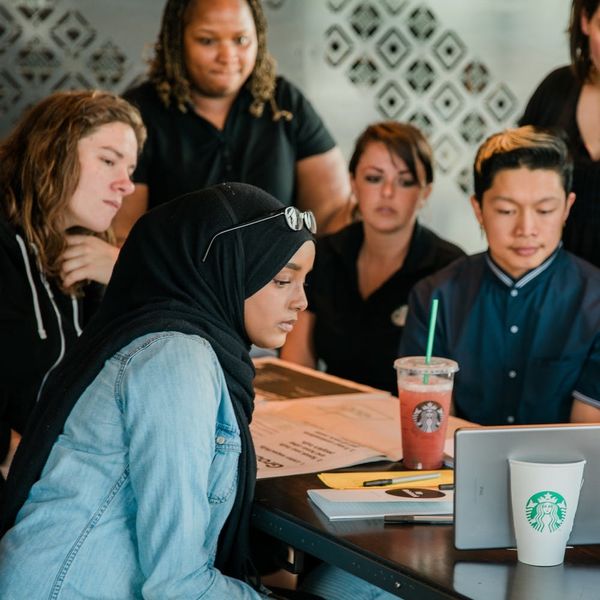 Starbucks sparked nationwide controversy this April over the arrest of two black customers, Rashon Nelson and Donte Robinson, in Philadelphia, Pennsylvania, after they asked to use the restroom without making a purchase while waiting for a friend. Now, the coffee giant is sharing some of the content discussed with its 175,000 employees in the resulting racial sensitivity training it shuttered 8,000 doors for earlier this week, including a short film called Story of Access.

Created by award-winning filmmaker Stanley Nelson and underwritten by Starbucks, the near eight minute-long clip “explores the impact of bias within public accommodations as well as the possibilities for a better future.”

It begins by sharing the experiences of several people of color in present day America. “I feel like I’m disturbing people by just being there,” one young man says. “I guess I’ve kind of become numb to it after so many years.”

The film then cuts to the struggles civil rights activists underwent in the ‘50s and ‘60s while fighting for equality, noting that even though the law was eventually changed to allow black customers entry to public establishments, a welcoming atmosphere was harder to come by.

Through its mix of interviews and historical footage, we begin to see the differences in the everyday realities that exist for people of color.

It concludes by asking all partners, as Starbucks refers to its employees, and now us, as viewers: “What kind of country do we want to live in? Who do we want to be?”

Starbucks has shared its full curriculum for the session, dubbed “The Third Place: Our Commitment, Renewed, online. The store has also reached an undisclosed financial settlement with the men in question and apologized to its customers via social media.

What do you think of Starbucks’ message? Weigh in over @BritandCo.

Nicole Briese
Nicole is the weekend editor for Brit + Co who loves bringing you all the latest buzz. When she's not busy typing away into the wee hours, you can usually find her canoodling with her fur babies, rooting around in a bookstore, or rocking out at a concert of some sort (Guns N' Roses forever!). Check out all her latest musings and past work at nicolebjean.com.
Starbucks
Diversity
Starbucks
More From Diversity