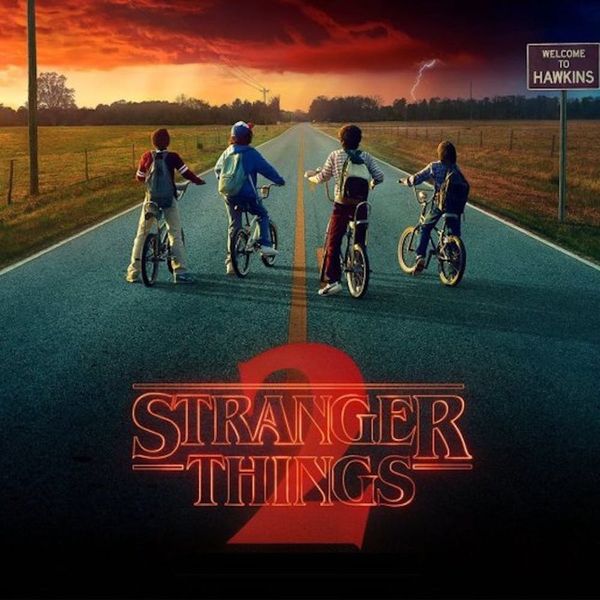 October might just be our fave month for the obvious reasons — namely the Season 2 premiere of Stranger Things! And this week things got even stranger when Louis Vuitton sent a black graphic tee down the runway featuring a screen print of the show’s official poster. Complete with a silver chain detail on the collar, this might be the priciest Netflix-show merch to ever make an appearance at Paris Fashion Week.

A possible collab rumor began circulating last year when the cast of Stranger Things was repeatedly ‘grammed hanging with Nicolas Ghesquière, Louis Vuitton’s creative director. “I met the kids last season, and we had a very good time,” Ghesquière told Vogue. “And so we spoke and we thought it was very funny, maybe, to do a little citation of the series that is coming out soon in the show. It’s always great to have a little accident like that in the styling, like if the girl has kept her T-shirt from backstage in a way, and so Stranger Things. I think it was one of the most wanted clothes backstage by the girls.”

No word on the tee’s availability and cost (but we’re guessing it’s spendy AF), but Season 2 of Stranger Things premieres October 27 on Netflix and we cannot wait.

Lindsey Graham-Jones
Lindsey is a lover of all things animal print, a surfer of knee-high waves, and a seeker of sunshine.
Celebrities
Style News
Celebrities Fashion Week Style