10 Addictive Movies and Shows to Watch This Weekend 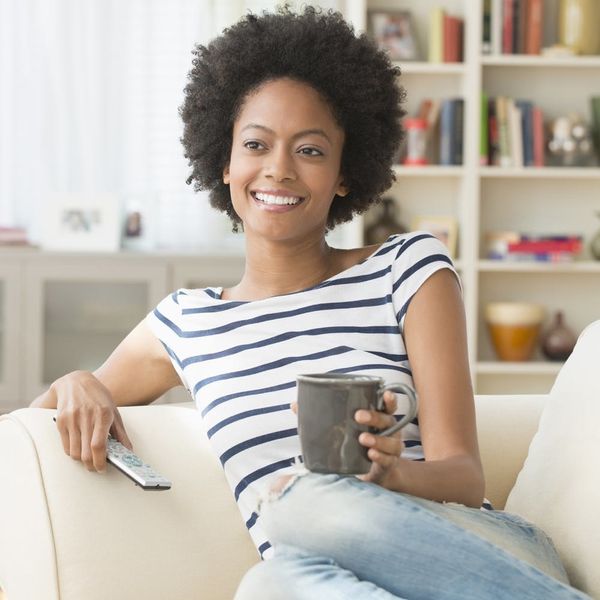 Don’t get us wrong, we love our day jobs, but the weekend is by far the best part of the week. There are a whole two days with less responsibilities and more sleep than the Monday through Friday grind. You can craft a project, cook an elaborate brunch or (our preferred choice) sit back and binge your way through the weekend. But because this weekend will feel shorter without a holiday, we’ve compiled a list of all the top shows and movies landing on streaming sites this week so you don’t have to waste time choosing what to watch. Squeeze the most out of every free second this weekend. Happy streaming!

1. 7 Chinese Brothers: Anything Jason Schwartzman does is bound to be a bit off-the-wall; It’s the main reason we love his acting so much. In this particular indie flick, Schwartzman plays a slacker who falls in love and changes everything about his life. It’s endearing and provides plenty of quirk — like Schwartzman himself. (Photo via 8750 Films)

2. The Martian: If you missed the Matt Damon-fueled motion picture when it came out last year, HBO is offering you a re-watch. The movie takes the wilderness genre to the extreme. It was nominated for seven Oscars last year, including best picture and best lead actor. (Photo via HBO)

3. High Fidelity: John Cusack is the king of heartfelt comedies. In this 2000 flick about love, loss and music, he plays a record store owner who reviews all of his past relationships with a “Top Five” list. Check it out for the all-star cast — Jack Black, Catherine Zeta-Jones and Lisa Bonet all make appearances — and an absolutely killer rock ‘n’ roll soundtrack. (Photo via HBO)

CUTTHROAT DRAMAS THAT WILL KEEP YOU GUESSING

4. Wall Street: Before Charlie Sheen was, you know, Charlie Sheen, he took a brilliant turn as Bud Fox in 1987’s Wall Street. If you’re looking for another version of Wolf of Wall Street, this classic — and its infamous line “Greed is good” — should be on your list. (Photo via HBO)

5. J. Edgar: J. Edgar Hoover was involved in nearly every major historic American event in the mid-1900s. As head of the FBI for over 50 years, Hoover’s named floated around in conjunction with the Lindbergh baby kidnapping, the arrest of John Dillinger and the Red Scare. The gripping course in 20th century American history stars Leo DiCaprio, so there’s truly something for everyone. (Photo via Warner Bros)

6. Feed the Beast: If you think Iron Chef is a high-stakes cooking show, the premiere of Feed the Beast on Sunday night will make you reconsider. The crime drama plays out in a high-class restaurant, involves the mob and stars David Schwimmer and Jim Sturgess. From the looks of it, the show will be turning up the heat all season. (Photo via AMC)

7. Runaway Bride: Everybody’s seen Pretty Woman, but it takes a special kind of Richard Gere/Julia Roberts fan to work up to Runaway Bride. The movie is a charming, classic romcom that cemented the famous duo’s onscreen chemistry. (Photo via Paramount Pictures)

8. A Walk to Remember: If you’re in the mood to cry this weekend: A Walk to Remember is now on Netflix. For those who haven’t seen it yet: The story of Jamie and Landon is considered by many to be one of the finest Nicholas Sparks has ever produced. Bring some tissues. (Photo via Warner Bros)

TAKE A TRIP DOWN MEMORY LANE

9. Sleepover: Relive 2004 with the movie that made all of your future sleepovers seem sub-par. For those who forgot the premise: On the last day of middle school, four best friends embark on an all-night scavenger hunt, facing off with the mean clique from their school. And although you probably don’t remember it, the movie had a cast that would soon become the who’s who of Hollywood: Steve Carell, Brie Larson and Jane Lynch, just to name a few. Rewatch it and see how many familiar faces you can catch. (Photo via IMDB)

10. Bob Ross: Beauty Is Everywhere: You’ve seen the Youtube video remix; now actually learn how to paint from the master himself. Bob Ross’s 26-episode collection is landing on Netflix and it’s the perfect weekend watch to inspire some creativity in your life. In the words of Mr. Ross: “Let’s get crazy, what the heck.” (Photo via Netflix)

What else will you watch this weekend? Let us know @BritandCo!