PHOTOS: Six Decades of Student Protest, from Greensboro to Parkland 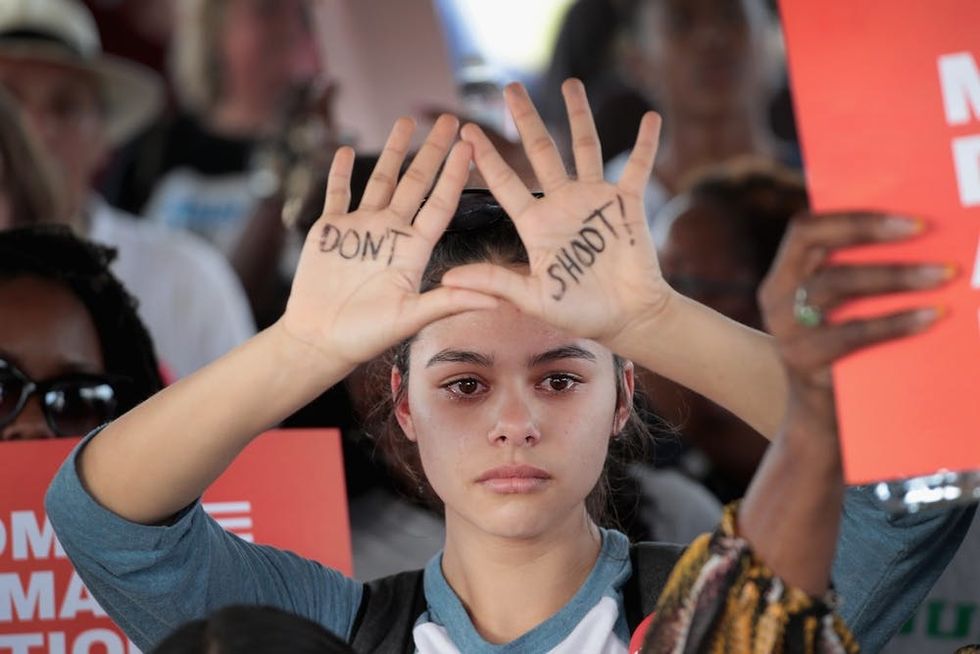 The March 24 March For Our Lives saw teen organizers and activists joined by millions of people all over the world who wished to make a statement about safety in schools and communities. Founded by a survivor of the February shooting at Marjory Stoneman Douglas High School in Parkland, Florida, the march drew a massive turnout and served as a platform for students

The #NeverAgain movement and various walkouts and protests that students have organized following the tragedy in Parkland follow in a long line of student protests, from the Civil Rights movement to Black Lives Matter. Here is a look back at some of the major student and youth-led protests that have brought about social and political change in the US. (Photo via Getty Images)

Greensboro Lunch Counter Sit-Ins: One of the first major waves of student protests in contemporary US history were the Greensboro lunch counter sit-ins in 1960. On Monday, February 1, four Black students — all freshmen men at North Carolina Agricultural and Technical State University — had carefully planned a nonviolent protest at a local Woolworth’s store to demand an end to segregated businesses. The students went to Woolworth’s, sat down at the lunch counter and asked to order, but were denied service and asked to leave. The students left, but even more came back to the same lunch counter the next day. (Photo via Wikimedia Commons)

(Greensboro Lunch Counter Sit-Ins, Cont'd): The next wave of protesters included 29 young Black men and women, all students from NCAT. Once again the students were denied service, but the sit-in protest continued and grew throughout the week. By Thursday, white women from a local women’s college joined in the protest, as did many more Black students, as the protest spread to other lunch counters in North Carolina. Mobs of angry white men showed up to confront the non-violent protesters, who threw eggs, spit at, and verbally assailed protesters. One white man even set a protester’s jacket on fire.

The protests garnered national attention and quickly spread to other segregated states. By the end of the month, at least one Greensboro business, the S.H. Kress store, desegregated its lunch counter. And out of the protests, the Student Nonviolent Coordinating Committee (SNCC) was formed and would go on to be one of the most influential organizing groups in the Civil Rights movement. (Photo by Afro Newspaper/Gado/Getty)

Protests Against the Vietnam War: Young people led the protests against the Vietnam War in the 1970s, speaking out mainly against US imperialism and the draft. Every region of the country saw massive protests, mostly led by college students and working-class young people who staged marches, sit-ins, rallies, and some attempts at unconventional methods of protests. One group of students even attempted to “levitate” the Pentagon in 1967. (Photo via UW Digital Collections/Wikimedia Commons)

Kent State: Protests around the country were covered globally, but one protest, in particular, shook the nation and once again called attention to the dangers students sometimes face when agitating for progressive causes. In May of 1970, a crowd of students at Kent State in Kent, Ohio assembled to protest the US invasion of Cambodia. Kent State administrators were aware of a rally students had been planning and officially forbade the protest, and called in the National Guard to control the demonstration.

Students moved across campus and eventually arrived at an athletic practice field, then quickly and without warning, several National Guardsmen opened fire into the air and into the crowd of students. Four students were shot fatally, including 20-year-old Jeffrey Miller, pictured standing in a cowboy shirt and headband at the center of the above photo; a photo of 14-year-old Mary Ann Vecchio crying over his slain body would come to define the tragedy. (Photo by Howard Ruffner/Getty)

Jackson State: Other students were shot and killed during protests that same month. During a protest at Jackson State University in Mississippi just 10 days following Kent State, police opened fire on students, killing two and injuring 12 more. The Jackson State students were not protesting Vietnam, but had rather gathered in anger and frustration over violence and unequal treatment of Black students by white community members and police.

Student protests against Vietnam and in favor of civil rights for Black people continued for years, often involving violent confrontations with police and other law enforcement. (Photo via iStock/Getty)

Iraq War: As George W. Bush took the US to war with Iraq in 2003, high school students walked out of class in protest. Thousands of teenagers from Minnesota, to Vermont, and Washington walked out of class to hold rallies and protests speaking out against the war. College students also took part in the massive protests that involved thousands of protesters. While there were many youth-led protests of Iraq, millions of people around the country protested the war as well.

Youth opposition to the Iraq war also took off around the globe. In February and March of 2003, students in the United Kingdom, Germany, China, Somalia, and elsewhere turned out in massive numbers to speak out against the US invasion of Iraq. (Photo via Denver Post/Getty)

Occupy: The Occupy Movement began on Wall Street in New York City in September of 2011, but quickly spread to college campuses around the US and internationally. The core message of Occupy protesters was opposition to corporate greed and class inequality. Protesters in New York City set up an encampment in Zuccotti Park, where they remained for months, facing surveillance and confrontations from law enforcement officers. It was later revealed that the federal agents with the Joint Terrorism Task Force surveilled Occupy protests, even though it was a peaceful movement and labeled as such by the US government. (Photo by Allison Joyce/Getty)

(Occupy, cont'd): By mid-December that year, college students had already held two coordinated national protests as part of what had grown from a single-site protest to a movement. College students rallied and protested on their own campuses, speaking out against economic inequality as well as college-related issues such as the cost of tuition. College students also voiced frustration over a lack of jobs available to them and worries about what the job market would look like after they graduated.

Though the occupation of Zuccotti Park ended after a few months and Occupy-specific protests eventually waned and disappeared on college campuses, the protests still had significant social impacts. The occupation and protests called broad attention to and provided an outlet for frustration over corruption and Wall Street and vast inequalities between America’s wealthiest individuals and the working class and poor. (Photo by Andrew Burton/Getty)

Ferguson, Missouri: Ferguson, Missouri saw weeks of protests after a white police officer, Darren Wilson, killed Michael Brown, a black teenager in 2014. Community members made a memorial for Brown the night he was killed by Wilson, and in the coming days protested against police violence against Black people on a daily basis. National outrage ensued when police used tear gas and “less lethal” weapons such as wooden bullets to disperse local crowds of mostly Black protesters, including teenagers.

After a grand jury failed to indict Wilson for killing Brown later in 2014, college students from Missouri to both coasts protested the grand jury’s decision. Some students marched to their local city hall, while others held sit-ins on campus. (Photo by Aaron P. Bernstein)

Since 2014, Black Lives Matter has grown to include chapters all around the United States and abroad. Black teenagers and youth have had a strong presence in Black Lives Matter since it emerged in 2014, and a number of youth organizations (including Black Youth Project 100) were born out of the Ferguson protests. (Photo by Scott Olson/Getty)

Elizabeth King
Elizabeth King is a politics, history, and culture writer based in the Twin Cities. She is generally pretty cranky but still enjoys traveling, music from the early 2000's, and plotting the resistance. Feel free to say hi on Twitter at @ekingc or check out some of her work at www.elizabethcking.com.
Teens
Politics
Teens

These Breakfast Sandwiches For A Crowd Are Perfect For Thanksgiving Morning