This Study Says We Should Have Fun First and Work Later 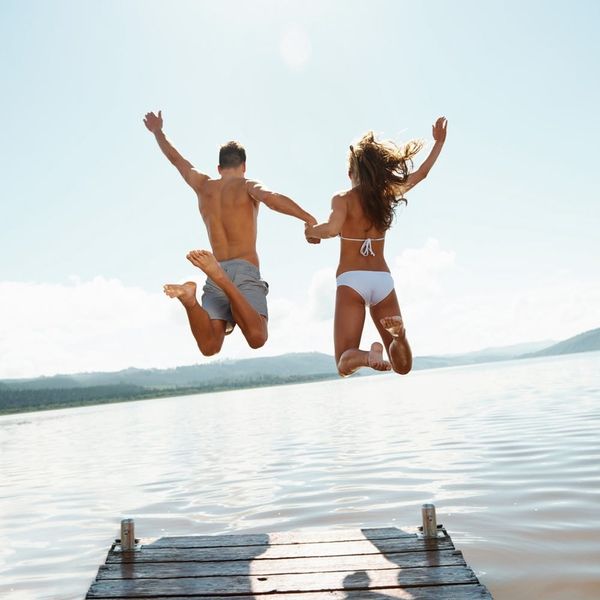 We all grow up believing in the concept of working hard and then having fun. We go on a spring break trip after finishing midterms and enjoy happy hour after a long day at work. Even young kids are taught the importance of delayed gratification and self-control — in the now-famous Marshmallow Test, kids who were able to hold off eating a marshmallow that was placed in front of them for several minutes were rewarded with two marshmallows.

But in a new study, Ed O’Brien, a professor at the Chicago Booth School of Business, and his lab showed that we really can enjoy something fun even if we haven’t technically “earned” it.

In the first experiment, passersby at the Museum of Science and Industry were asked to participate in both a “fun” activity (an iPad game) and a “work” activity (a series of cognitive tasks). Some subjects were randomly assigned to play the game first and then do the harder task, while others did the reverse. Everyone was asked to estimate how much they thought they would enjoy the game and then rate their actual enjoyment after the experiment. Even though the “play first” group assumed they would have less fun (maybe because the “work” was still to come), they enjoyed the game as much as the work first group.

Similar results were found in a couple of follow-up experiments. In one, students were given the option to come to a makeshift spa, which included a massage chair and foot bath, either before or after taking a midterm. And in a third, participants received a reward for hard work (snacking and watching funny videos) before they did a stressful task (solving a Rubik’s cube). In both cases, even though participants underestimated their ability to have fun if they did the leisure activity first (either because they would be distracted by upcoming midterms or because of the looming difficult task), in reality, the order of the reward didn’t affect whether people really enjoyed it.

The studies show that our preconceived notions of needing to earn a reward in order to actually enjoy it are not always accurate. As a fairly workaholic culture, we tend to put off leisure activities until we’ve worked hard enough to deserve them (for example, Americans leave tons of unused vacation days on the table each year), and we often worry that having unfinished tasks hanging over our heads will ruin an otherwise fun experience. But as shown by this research, sometimes we over-worry and overwork ourselves for a future reward that we would enjoy just as much in the present.

As with all experiments, the findings aren’t perfect. There was no indication of how people felt about the work task or if performance on those tasks varied depending on when the subjects had fun. Nor should you consider this as a free pass to go ham on treating yourself all the time. O’Brien admits that “nobody is recommending having celebratory beers just before you run your 5K.” Likewise, you probably shouldn’t sit down for a multi-hour Netflix binge instead of meeting an important work deadline or go on a spendy shopping spree before you’ve earned that promotion.

But defaulting to all work, no play (or work first, play later) is not necessarily the best approach in every situation. Taking breaks at work has been shown to make people happier and more productive, and including some leisure time during the week is a nice way to maintain a healthy work-life balance. Plus, during our busy, connected lives, it’s hard to find the “perfect” time to have fun. So go ahead — enjoy the now, and try to sneak in a little fun where you can.

What are your favorite ways to enjoy fun time? Let us know @BritandCo!

Money Milestones Everyone Should Hit by Age 35