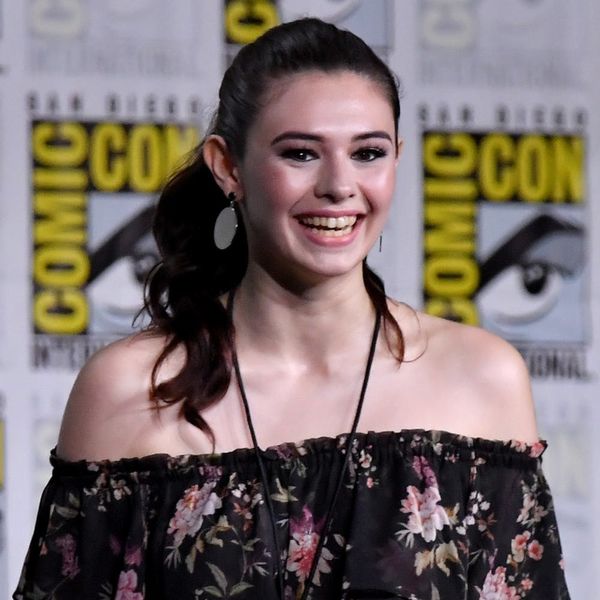 As Supergirl heads into its fourth season, it’s gearing up to make some major TV history. The CW drama has cast transgender activist and actress Nicole Maines as a series regular, making her the first transgender superhero on TV.

Maines will play Nia Nal, AKA Dreamer, an employee of the show’s CatCo Worldwide Media who has been described as “a soulful young transgender woman with a fierce drive to protect others.” The news was announced at San Diego Comic-Con this weekend as part of DC Comics’ and The CW’s superhero panels.

“I haven’t really wrapped my head around it,” Maines told Variety after the announcement. “It feels fitting to say with great power, comes great responsibility. I’m nervous because I want to do it right.”

While Maines, 20, has other entertainment credits, such as HBO’s The Trans List documentary and USA Network’s Royal Pains series, her name also likely sounds familiar thanks to her activism: In 2013, she and her family went to court after her school didn’t allow her to use the girls’ bathroom. Maine’s Supreme Court ruled that the school had violated the state’s human rights act, resulting in a landmark ruling that transgender people can use the bathroom of their choice.

The casting decision comes at a time when accurate representation and inclusivity are more commonly considered on popular TV shows and in movies, and Maines’ role will surely help with visibility in the industry. Recently, Scarlett Johansson backed out of the upcoming movie Rub & Tug after facing backlash for taking the role of Dante “Tex” Gill.

“I have great admiration and love for the trans community and am grateful that the conversation regarding inclusivity in Hollywood continues,” she said in a statement at the time.

Supergirl season 4 will premiere on the CW on October 14.

Are you excited to watch Nicole in the new season of Supergirl? Let us know @BritandCo.