Supernatural May Be Getting a Female-Focused Spinoff! 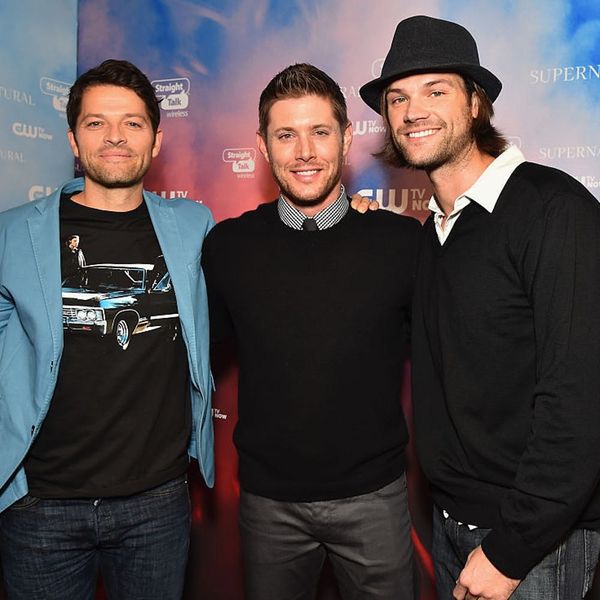 Here’s good news for anyone who still hasn’t gotten over the girl-power glory of Wonder Woman: Supernatural, the CW’s long-running series about two brothers battling the paranormal, may get a female-centric spinoff!

According to a report from Deadline, the network is working on a project called Wayward Sisters starring Kim Rhodes, who has appeared as Sheriff Jody Mills since Supernatural’s fifth season. The new show will focus on a sisterhood of young orphaned women, led by Rhodes, coming together to fight otherworldly creatures.

The premise, of course, is similar to that of Supernatural, in which Jensen Ackles and Jared Padalecki (Dean from Gilmore Girls) play the Winchester brothers fighting for the same cause alongside the angel Castiel (Misha Collins).

Okay, female superheroes are not exactly the same as female ghost hunters, but we can get behind any story that shows off women overcoming adversity and battling supernatural monsters.

This is not the first time the show has proposed a spinoff. Bloodlines, their 2014 effort, disappointed fans with the decision to feature all new characters instead of focusing on those fans already knew and loved. With any luck, the familiarity of the sheriff, not to mention a desperate need for more badass women on our screens, will help make this second attempt a success.

Supernatural’s many devoted fans will get a sneak peek at the potential spinoff during an episode to air during the show’s upcoming season, which will premiere on the CW Thursday, October 12, at 8pm ET.

Would you watch a female-focused Supernatural spinoff? Tell us @BritandCo!