Taking Credit for Your Ideas at Work Could Be Stifling Creativity 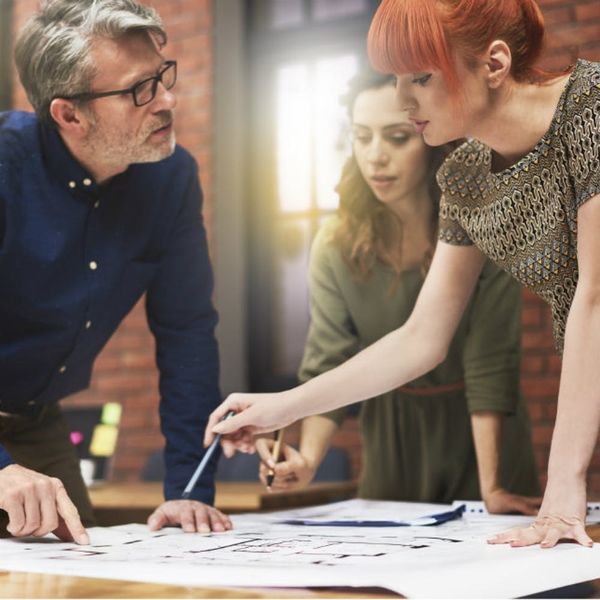 Creativity is one of the most coveted traits in the professional world right now. Studies show creativity makes you more resilient and tough at home and in the office. The world is catching on to the importance of having the ultimate creative workspace to foster ideas and successful creatives are our new career gurus. So, once you’ve embraced the creative life at work, and consequently come up with an awesome idea you want to share with everyone, you’re definitely going to make sure you get appropriate credit, right? Well, a new study says doing that could actually inhibit creativity amongst your coworkers. Wait, what?!

The study, conducted by the American Psychological Association and Washington University, found that “territorial marking” is one of the quickest ways to squash a culture of creative collaboration and free flow of ideas.

“We are not talking about putting up walls or physically de-marking a space,” says Markus Baer, associate professor of organizational behavior at Washington University’s Olin Business School, in a release. “Territorial marking comes in all sizes and shapes. However, just saying, ‘I consider this to be my idea,’ when asking others for their input can have far-reaching consequences for collaboration.”

Huh! The researchers figured this out by doing two studies. The first found that when a person claims an idea as their own, it’s a sign of a “deep sense of ownership,” which isn’t necessarily a bad thing on its own. It’s good to take ownership of what you do at work, right? Well, the second study showed that if you’re trying to foster a creative, collaborative work environment (which we all should be), the result is that colleagues are less likely to offer creative feedback. The reason, the researchers say, is that when an idea is marked as one person’s, the rest of the group feels less responsible for seeing the idea through to the best of its potential.

“What you want is an environment in which offering creative feedback is valued as much as having the original idea,” Markus said. “The credit has to be shared equally. Marking our ideas only has benefits when those we seek out for feedback are more concerned with pleasing us, or are preoccupied with maintaining a positive relationship with us.”

But before you start spreading around the credit for projects that stem from your ideas, read up on economist Heather Sarson’s Harvard dissertation on the gender differences in recognition for collaborative work, recently published as a working paper.

Sarson compared the likelihood that an economist would receive tenure from a university based on their gender with whether the published work was done solo or with a group. She discovered that women economists publish just as many papers as men, but are MUCH (we’re talking 50 percent) more likely to NOT be offered tenure.

However, one group of women stood out: Women who publish all of their work solo have the same chance at reaching tenure as a man. Co-authoring papers with men doesn’t help a woman economist’s career AT ALL. However, collaborative men receive roughly the same amount of credit (6-8 percent), no matter the gender of their co-authors. This study points to a serious gender bias in giving credit where credit is due.

Bottom line: If you have a creative idea, don’t hold back! Make sure it’s clear that once you put it out there, it’s everyone’s project. That is, IF you work in a culture that values collaboration and rewards creative, hard-working women.

What are your best tips for creative collaboration at work? Tweet us your thoughts @BritandCo!

Kylie Kendall
Kylie is a freelance writer living in Ottawa, Canada. When she's not writing, you might find her scoping out all-day breakfast spots in her city or taste-testing every bottle of red wine under $10.
study
Work
study work
More From Work