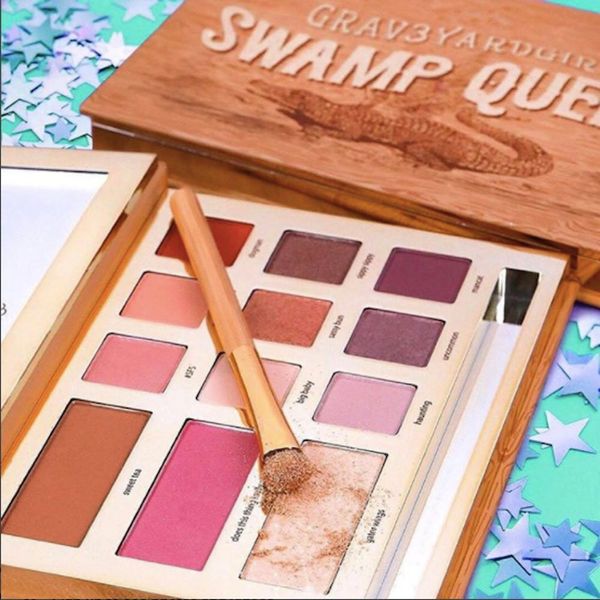 Another day, another controversy. This time, it’s Tarte Cosmetics that’s facing serious backlash from fans for regramming a racist meme on Instagram. Yikes, looks like someone should have told the fan-fave makeup brand to stick to regramming products and glam looks.

The photo was posted on Saturday and included the term “ching chong” — a derogatory term for Asian people — when comparing how your brain functions during the day (i.e., not very well) and how it functions at night (i.e., much better). It immediately received intense backlash, both toward Tarte and the people who were offended by it.

@tartecosmetics needs to directly apologize to the Chinese (and Asian) community. This is too vague pic.twitter.com/nNvK49o5LK

Tarte removed the meme and posted an apology that read, “We deeply apologize to anyone we offended today, it was a complete oversight & we absolutely didn’t mean to post with that intention. We removed immediately & spoke with the intern explaining why it was offensive,” alongside a pic of a sad-looking kitten.

Unfortunately, many felt this apology was too vague and didn’t take into account the feelings of those who were directly hurt by the original post. The kitten picture was removed and replaced with another apology post.

What saddens us even more is seeing our community turn against each other in the comments with hateful & negative language, which is why we've disabled them for this post. Let's work together to start a more positive conversation. Change starts with us.

This time, the message came directly from Maureen Kelly, the CEO and founder herself. Kelly apologized outright for putting up something containing a racial slur, emphasizing that there is “NO EXCUSE for using any type of racial slur regardless of the context.”

What do you think of how Tarte handled it? Tell us @BritandCo!

Shea Lignitz
Shea can be found in the nearest bookstore or brewery, exploring the great outdoors, or blasting Led Zeppelin. She grew up in the cold and rain of Northern California's redwoods but is currently wandering around Texas.
Controversy
Beauty News
Controversy
More From Beauty News