You’ll Probably Want to Skip the Beach After Getting That New Tat: Here’s Why 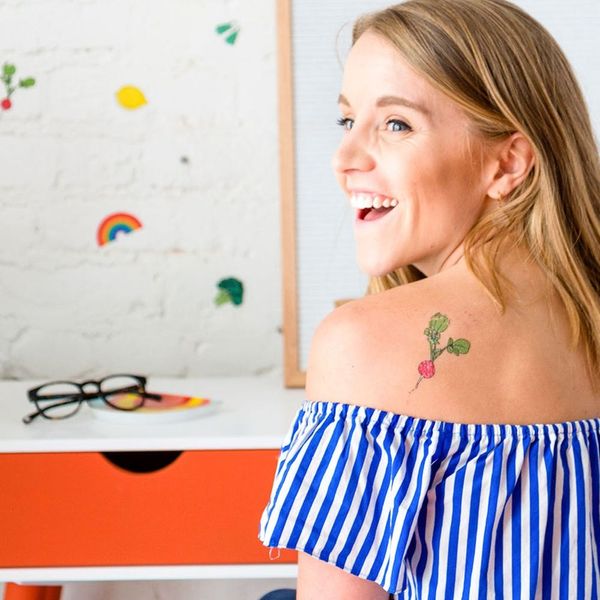 Over the years, tattoos have gone from something rarely seen outside the military or rock ‘n’ roll worlds to totally mainstream: From watercolor tattoos to this summer’s hottest earring ink trend, there’s now a body art type for just about everyone. Summer is always a particularly popular time for tats, but as it turns out, it’s also a time to exercise extreme caution, as heading to the beach or poolside immediately after your latest ink session could get you very, very sick.

As anyone who’s gotten a tattoo before knows, aftercare is the most important part of keeping your new masterpiece looking its best. In addition to keeping it clean and *lightly* moisturized, it’s important not to submerge your tattoo in water, particularly in public areas such as lakes or pools, which tend to harbor harmful bacteria and germs that will infiltrate your new wound (which is essentially what a tattoo is in the healing stage) for two full weeks.

According to The Daily Mail (warning — the photos ain’t pretty!), one tattooed vacationer didn’t heed this advice, and decided to go for a swim in the Gulf of Mexico five days after getting a tattoo on his leg. Unfortunately, his wound got infected with sepsis, and the man eventually died (in part due to a preexisting condition which made his infection far worse).

While dying is an extreme example of what can happen if you don’t let your tattoo heal properly before diving into the nearest body of water and it definitely isn’t the norm, it’s certainly a good reminder to stick to your tattoo artist’s aftercare advice, which should be followed to a tee.

You should also probably plan your beach vacays accordingly, lest you want to end up with a mess instead of a masterpiece!

What’s the first tattoo you ever got? Tell us @BritandCo!

Kat Armstrong
Kat has been a writer, social media maven and mom for longer than she's willing to admit. She's also spent time in front of and behind the camera, interviewing celebs, politicians and acting as a producer for fashion and artistic photography shoots. When she isn't writing for various orgs and publications, she's hanging with her kids, husband and French Bulldog, Peter, in Toronto, Canada.
Tattoos
Beauty News
Tattoos
More From Beauty News