Taylor Hanson and His Wife Natalie Are Expecting Baby #6! 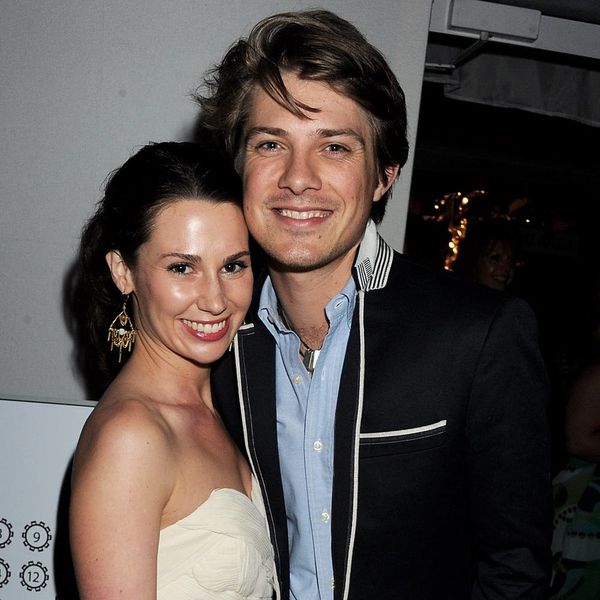 MMMbop, baby! Hanson singer Taylor Hanson and his wife, Natalie, are about to welcome another little one into the family. The 35-year-old musician took to Instagram on Tuesday, August 28, to announce that they’re expecting their sixth child.

“What’s better than being a dad of five?” Hanson captioned a pic of himself and his wife with their five kids. “Perhaps being a dad of six. Baby Hanson coming in December and we are over the moon.”

Natalie included the entire crew in her own Instagram post, writing, “Taylor and I are so thrilled to share the news that baby number six is coming this December! Ezra, Penny, River, Viggo, and especially Wilhelmina can’t wait to be big brothers and sisters again!”

The soon-to-be mother of six also took to her website, Nat on the Wall, to share more about this time in the family’s lives. “More than ever I realize how time flies and every moment with these people counts,” she wrote.

“This fall, Hanson is doing a series of special shows with symphonies all around the country. The shows are beautiful and unlike anything they have done before. It almost feels like a musical because of the way they weave their songs together to tell the story of dreaming, achieving, fighting, and carrying on. It lifts my spirits every time!”

Because of the timing of the shows, she and the kids are joining the band on the road. “It’s been awhile since we’ve had the whole crew with us full time, and it’s crazy to think how little they were in years past. Now we have these big kids who are so cool and fun and help out big time. So all you parents of little ones out there, hang in there! It gets awesome!”

Have you ever done a long road trip with little kids? Tell us about it @BritandCo!

Desiree O
Desirée O is a ‘Professional Bohemian’ who loves anything and everything related to the arts, entertainment, and pop culture. She ADORES being a ‘Newsy’ for Brit + Co, covering all of the latest tidbits of awesomeness that you want to read about. When she’s not writing, she’s either making messy art, going on long adventurous walks with her camera, or poking around over at bohemianizm (http://www.bohemianizm.com/). You can find out about Desirée O and her work at http://DesireeO.com/ or follow her on Twitter @DesireeO.
Celebrity Baby
Celebrity News
Celebrity Baby Music Pregnancy Announcements
More From Celebrity News