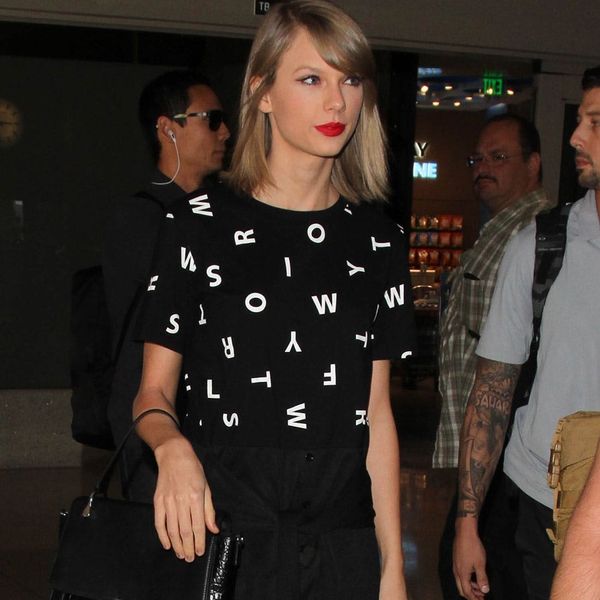 When we first got word that Taylor Swift was collaborating with Chinese retailer Heritage 66 Company on her first ever clothing line, our brains were swirling with images of matching separates, skirt skirts skirts and cat-themed accessories. However, it looks as though we might have let our imaginations get the better of us. The line has finally dropped, but it’s not exactly about emulating her personal style, but rather about offering a stylish way to embrace your inner fan girl.

The new line, aptly titled 1989, consists of 30 pieces – most of which are dresses and t-shirts with Taylor’s name or song lyrics printed on them. A couple stand-out pieces include: the baseball-style shirt dress that features the letters in her name (which Swift was recently spotted wearing at LAX airport earlier this week), a sporty black and white sweatshirt, a simple black crop top with TS’s name subtly embroidered on the back and a relaxed t-shirt dress that features 1989’s tracklist written in gold.

Now for the bad news… While this collection ranges between a reasonable ¥127 to ¥459 (approximately $20 to $72 at current exchange), Heritage 66 doesn’t ship internationally. Wah, wah, wah. Look like eBay is your friend for this one, folks.

What’s your favorite piece from this collection? Share with us in the comments below.