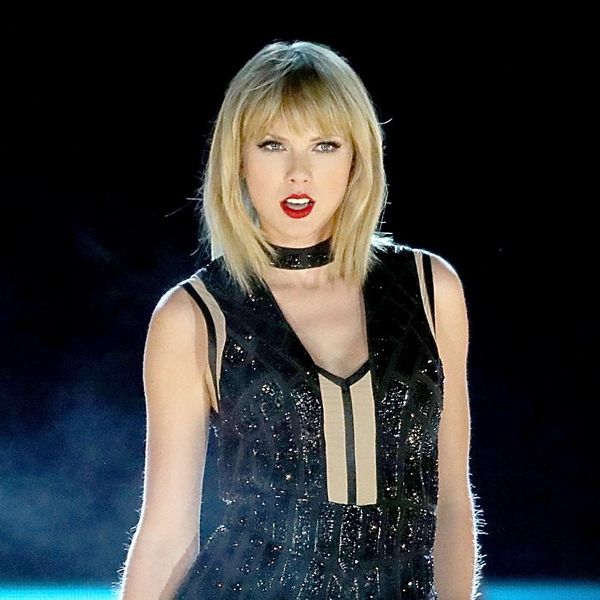 The Women’s March is officially the largest inaugural protest EVER, with an estimated 4.6 million protestors showing up in the US alone (and there were plenty of other protestors around the world). Among the numbers were some of your fave celebs, including Miley Cyrus, Katy Perry and, natch, Hillary Clinton. But one celeb who WASN’T there was Taylor Swift, and although she sent her support, her effort (or lack thereof) has sparked some major backlash.

While it’s understandable that not everyone was able to make it to the marches, including plenty of celebs who may have had unbreakable work commitments, (like Halle Berry and Kendall Jenner, just to name a few), folks simply weren’t willing to let Tay off that easy.

So much love, pride, and respect for those who marched. I'm proud to be a woman today, and every day. #WomensMarch

The ugliness started when Taylor took to Twitter to say, “So much love, pride, and respect for those who marched. I’m proud to be a woman today, and every day. #WomensMarch” While that seems like a perfectly lovely statement of solidarity, plenty of people weren’t impressed. At all.

@taylorswift13 This is gross opportunism. Be better.

And they couldn’t help but notice that her notorious #girlsquad was also nowhere to be seen.

Taylor Swift and Selena Gomez are no where to be seen in the #WomensMarch pic.twitter.com/JBwYhCsZ23

y'all dont feel like being feminists today? @selenagomez @taylorswift13

Desiree O
Desirée O is a ‘Professional Bohemian’ who loves anything and everything related to the arts, entertainment, and pop culture. She ADORES being a ‘Newsy’ for Brit + Co, covering all of the latest tidbits of awesomeness that you want to read about. When she’s not writing, she’s either making messy art, going on long adventurous walks with her camera, or poking around over at bohemianizm (http://www.bohemianizm.com/). You can find out about Desirée O and her work at http://DesireeO.com/ or follow her on Twitter @DesireeO.
Controversy
Celebrity News
Controversy Politics social media Taylor Swift twitter
More From Celebrity News