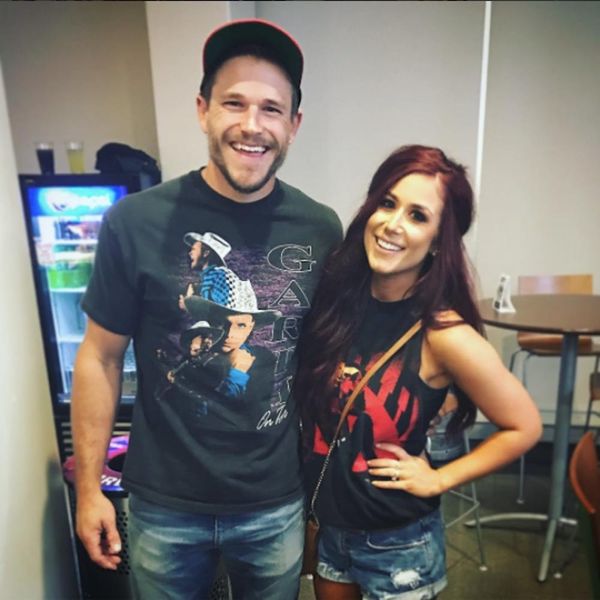 Chelsea Houska and husband Cole DeBoer are welcoming another addition to their adorable family! The Teen Mom 2 stars have announced that Houska is pregnant with her third child, while also revealing whether they’ll be welcoming another little boy or girl.

“GUESS WHAT!” Houska excitedly captioned a sonogram photo, which was decorated with a black-and-white checkered bow. “A sweet baby girl will be joining the DeBoer clan in a few short months! We could not be more excited!”

The new addition will be Houska and DeBoer’s second child together. They welcomed son Watson Cole in January 2017, and Chelsea also has an eight-year-old daughter, Aubree, from a previous relationship with ex-boyfriend Adam Lind.

DeBoer was equally as thrilled to share the news with his followers. “This proud dad is getting a new Bow,” he captioned his Instagram post. “And it’s nailed my heart.”

....GUESS WHAT! A sweet baby girl will be joining the DeBoer clan in a few short months! We could not be more excited! 🎀

Fellow Teen Mom 2 cast member Kailyn Lowry, who welcomed her third son in August, took to Twitter to congratulate her costar, welcoming Houska to the “moms of 3 club.” Leah Messer, who also stars and has three daughters of her own, echoed the well-wishes.

Houska and DeBoer married in a small, private ceremony in October 2016, but held the celebratory reception one year later, after Houska gave birth to their son Watson. The baby news probably doesn’t come as a major surprise to fans of the show: Shortly after having baby Watson, the newlyweds admitted to having “baby fever” during an episode of Teen Mom 2 last year. Congrats to the growing family!

Are you happy to hear Chelsea and Cole’s news? Let us know @BritandCo!