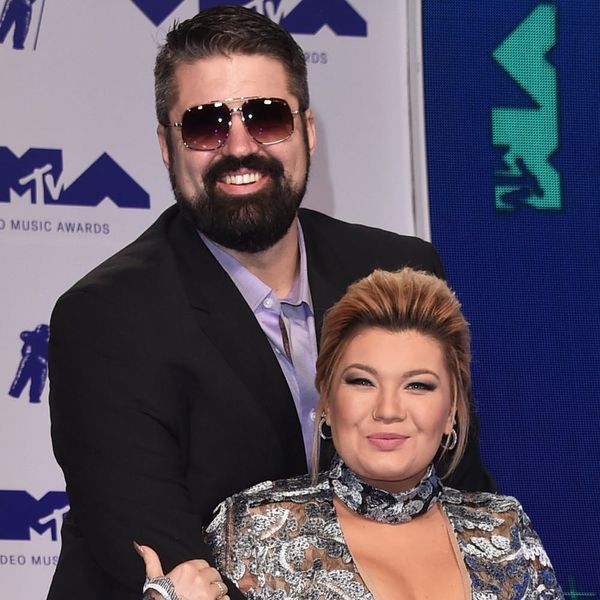 As a new season of Teen Mom 2 kicks off on MTV this week, there are some new beginnings for the OG cast as well. Series star Amber Portwood just welcomed a son with boyfriend Andrew Glennon.

“So excited to announce the birth of our son!” Portwood wrote on Instagram, sharing a sweet photo of her first moments with her newborn with Us Weekly. The baby boy was born on Tuesday, May 8, and as Portwood previously confirmed on Twitter, his name is James Andrew Glennon.

Baby James joins big sister Leah, 9, whom Portwood co-parents with her ex Gary Shirley. The MTV star first revealed that she and Glennon were expecting back in November, telling Us Weekly at the time that while she was initially nervous, it didn’t take long for the excitement to kick in. “I just kind of sat down and thought about it and realized that it was a big step in my life, and it was a good thing actually,” she said. “And I was happy in about 30 minutes.”

The news of Portwood’s pregnancy surprised fans during the most recent season of OG. After ending her often-difficult relationship with ex-fiancé Matt Baier, she began dating Glennon — whom she met while appearing on Marriage Boot Camp with her ex — and the two quickly hit it off. Congrats to the growing family!

Are you a Teen Mom fan? Let us know @BritandCo!