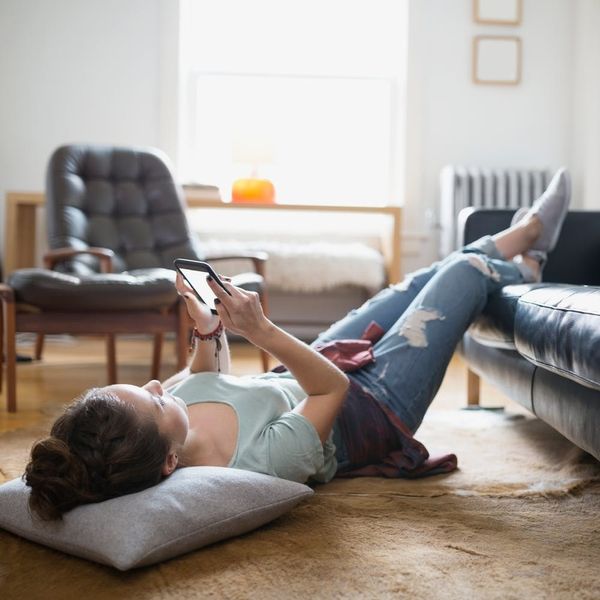 Even though we’re trying our best to stick to a healthy lifestyle, there are just some days when the last thing we want to do is rush home for a sweaty spin class. Turns out, we aren’t the only ones ditching our gym sesh to binge on comfort food and catch up on Netflix. According to a new study published in the Journal of Preventative Medicine, the amount of time people actually spend exercising significantly decreases in every stage of life after primary school… with one major exception.

In order to measure how active different age groups are, the researchers used data from the National Health and Nutrition Examination Survey, in which over 12,000 participants wore tracking devices for seven days. Using this vast database, the team found that physical activity in both males and females peaked in childhood and significantly declined throughout young adulthood. “Activity levels at the end of adolescence were alarmingly low, and by age 19, they were comparable to 60-year-olds,” says the study’s lead author and assistant professor in the John Hopkins Bloomberg School’s Department of Biostatistics, Vadim Zipunnikov.

Interestingly, because the participants were wearing activity trackers, the researchers we able to determine the time of day when people of different age groups were exercising the most. For school-age children, the primary window for activity was between 2-6pm. “The big question is how do we modify daily schedules, in schools for example, to be more conducive to increasing physical activity,” notes Zipunnikov. With serious health problems like heart disease, diabetes, and obesity linked to fitness, this is definitely a problem that we need to address fast.

The good news is that there might be a silver lining to this otherwise depressing study. While prior research has indicated an almost universal decline in physical activity once we peak in childhood, Zipunnikov’s study found that adults ages 20-29 actually have a “catch up” period where activity levels increase. This means that while there’s never a bad time to start investing in a healthy lifestyle, 20-something millennials are in a unique position to build healthy habits that they can take with them throughout their life and *maybe* even halt the inactivity epidemic that kicks in around our early 30s.

How are you staying active this summer? Tweet us by mentioning @BritandCo.

Ashley Macey
Ashley Macey is a lifestyle freelance writer who loves all things fitness, wellness, and creativity. When she's not exploring her home in the Pacific Northwest with her dog Max, you'll probably find her curled up with a good book and some hot tea. Follow her daily jaunts on Twitter.
Fitness
Health
Fitness Healthy Living study
More From Health