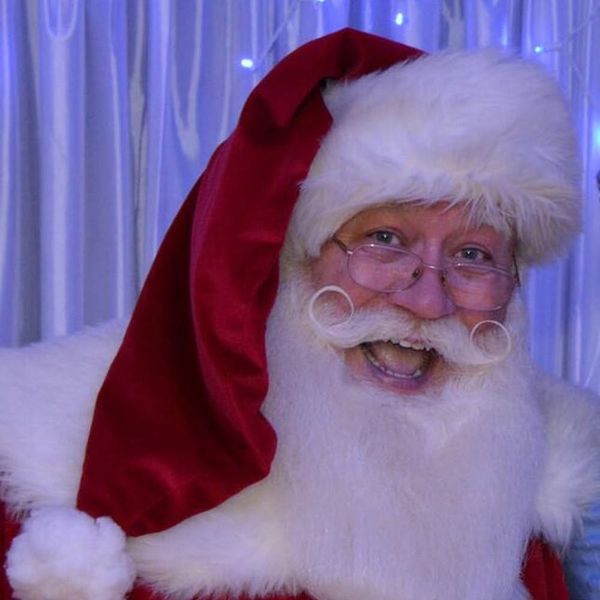 Get ready for the most heartbreakingly beautiful story of the holiday season. A terminally ill child has passed away in one of the loveliest ways we’ve ever heard of: in Santa’s arms.

60-year-old Eric Schmitt-Matzen does around 80 shows every year as Santa. But this year will be his last, after experiencing something he never expected to happen while playing the jolliest fellow around. Eric rushed to the hospital after a local nurse called and asked him to visit a terminally ill five-year-old boy who had asked to see Santa one more time.

“I told her, ‘Okay, just let me change into my outfit,’” he explained to the Knoxville News-Sentinel. “She said, ‘There isn’t time for that. Your Santa suspenders are good enough. Come right now.’” He made it to the hospital in just 15 minutes and when he arrived, the child’s mother gave him a toy to give the little one.

When Eric walked into the room and met the young boy, the child told Santa he was going to die. Eric comforted the child, hugging him, and while holding the boy in his arms, the child died.

“I wrapped my arms around him. Before I could say anything, he died right there. I let him stay, just kept hugging and holding on to him. Everyone outside the room realized what happened. His mother ran in. She was screaming, ‘No, no, not yet!’ I handed her son back and left as fast as I could. I spent four years in the Army with the 75th Rangers, and I’ve seen my share of (stuff). But I ran by the nurses’ station bawling my head off. I know nurses and doctors see things like that every day, but I don’t know how they can take it.”

Does this story make you want to hug the folks you love? Tweet us @BritandCo!