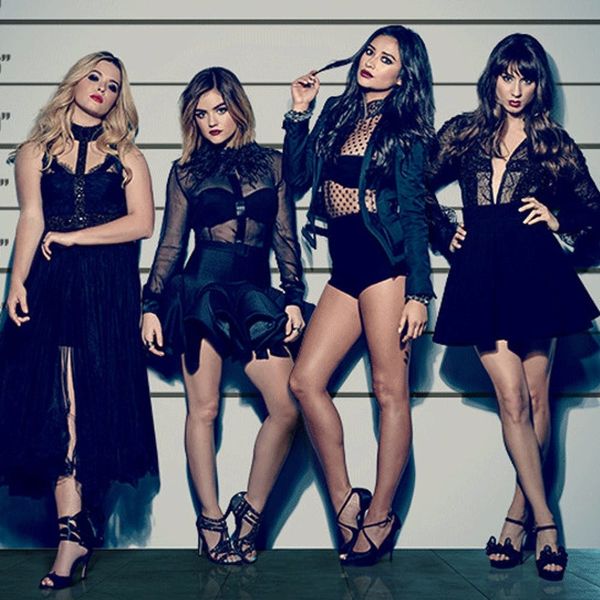 As our days heat up with summer fashion, summer recipes, and even summer camps for grown ups, the season’s sizzling awards shows are getting into gear. That includes the 2017 Teen Choice Awards, which have just revealed the first wave of their nominations.

It’ll be one heck of a Pretty Little Liars face-off when it comes to Choice Drama TV Actress, as all five of the ladies fill the category (plus Bella Thorne). We can’t wait to see the reaction when *that* particular award is announced. It could cause drama that’s worthy of the show itself.

Beyond that, Dwayne “The Rock” Johnson showed some serious force by turning up in three separate categories for his work in Moana, The Fate of the Furious, AND Baywatch, while Hailee Steinfeld matched his impressive feat with three different mentions of her own.

Check out more of the “first wave” nominations below.

Dwayne Johnson – The Fate of the Furious

Dan Stevens – Beauty and the Beast

Eddie Redmayne – Fantastic Beasts and Where to Find Them

Will Arnett – The LEGO Batman Movie

Zach Galifianakis – Keeping Up With the Joneses

Airing on FOX from 5pm to 7pm on Sunday, August 13, the Teen Choice Awards will recognize your favorite music, film, television, sports, fashion, comedy, and internet fabulousness from this past year using votes made online and via Twitter (tweet the category hashtag and the nominee’s Twitter handle or hashtag their name).

Good luck to all of the nominees!

Who will be getting your Teen Choice Awards votes this year? Let us know @BritandCo!