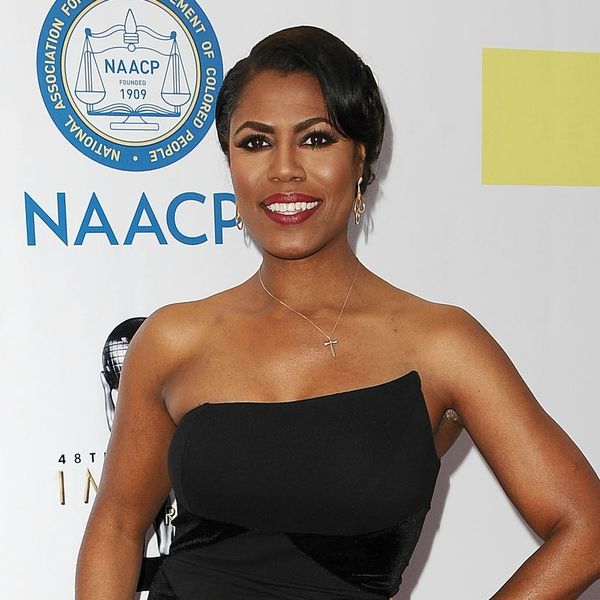 Apprentice contestant and Trump confidante Omarosa Manigault Newman is leaving the White House as of January 20th, 2018 — exactly one year since her boss was inaugurated as the 45th president. Although the official word from the White House is that Manigault Newman has resigned, at least one WH correspondent says the reality star’s exit isn’t playing out the way officials are saying it did.

Manigault Newman first met the president in 2004 as a contestant on Trump’s reality TV show The Apprentice, and although she was ultimately fired from the show, the reality contestant became famous for being the villain of her season. While fans never expected that the business executive would have stayed in contact with Trump post-reality TV, Manigault Newman showed up on the campaign trail.

In the summer of 2016, she was named Director of African-American Outreach by the Trump campaign and became a standard bearer for the candidate. Once President Trump was inaugurated, her campaign trail job became a White House one — last January, Manigault Newman was named the director of communications for the White House Office of Public Liaison, working on outreach.

CNN reported today that Manigault Newman’s departure comes after months of speculation over what her role actually entailed. Both former WH Chief of Staff Reince Priebus and current boss, General John Kelly have reportedly wanted to fire the reality star in the past. “People have long been unsure what she did at the White House,” Priebus said, although reports are conflicting on the director’s departure.

Okay the White House still contends Omarosa signed a resignation letter. But Gen Kelly Kicked her out will high drama with the Minister offering vulgarities and curse words as she was escorted out of the building and off campus

White House correspondent April Ryan tweeted earlier today that although the official word is that Manigault Newman signed a resignation letter, General Kelly in fact, “kicked her out with [sic] high drama.” According to Ryan, Manigault Newman was escorted out of the building earlier today.

Sources say General Kelly did the firing and Omarosa is alleged to have acted very vulgar and cursed a lot and said she helped elect President Trump. The word is a General Kelly had it and got rid of her.

Ryan also reports that after a “vulgar” tirade about how she helped get the president elected, Kelly had had enough and fired her on the spot.

What do you think of Omarosa’s departure from the White House? Let us know @BritandCo!