The Bachelorette: What We Know About Rachel Lindsay’s Final Three Men 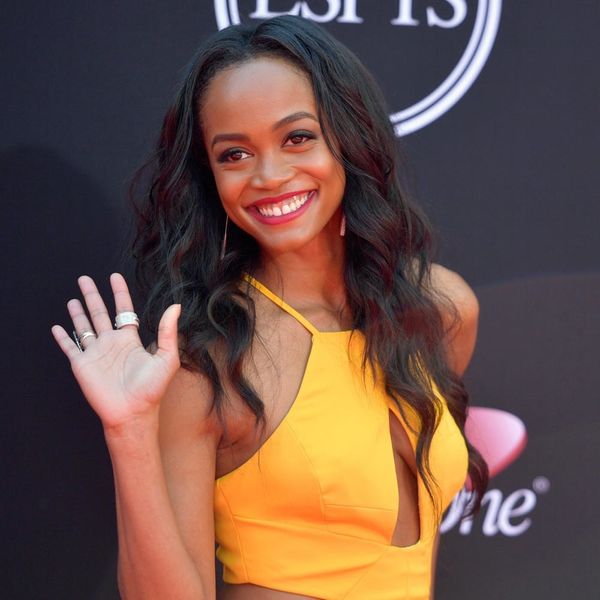 Another season of The Bachelorette is coming to an end, and while we know Rachel Lindsay is engaged, we still don’t know which lucky man put a ring on her finger. (We might have a hint, though, thanks to the could-be major spoiler Astrid Loch let slip.) For now, it’s still anyone’s game, with Peter Kraus, Bryan Abasolo, and Eric Bigger still in the running (although Bachelor Nation thinks Abasolo is the front-runner). Here’s what we know about Lindsay’s final three suitors.

The Wisconsin native has quickly become a fan favorite this season, with many people begging ABC to make him the Bachelor if he doesn’t end up with Lindsay. That might be complicated, though, since he has said he doesn’t see the need to rush into an engagement after such a brief courtship on the show.

According to his ABC bio, the 31-year-old personal-training business owner-slash-model is the tallest of the final three men, at six-foot-three. (Abasolo and Bigger are both six-foot-two.) He’s also the only one of the men with tattoos: a Celtic family knot on his shoulder, a cross with an “Into Your Arms” banner on his arm, a buck on his chest, and an Ironman symbol down his ribs.

Where you go I go. #Attachedatthehip

Speaking of Ironman races, Kraus has completed three, meaning not only did he swim 2.4 miles, bike 112 miles, and run 26.2 miles — but he did all three of those things in a row. In one day. Three. Times.

On a more personal note, Kraus is open to endless puppy cuddles from his dog Daisy and is a dedicated uncle to his brother’s children, who know him as “Uncle P.”

Abasolo has had no problem charming Lindsay this season. But the “Dr.” title on his Instagram isn’t there because he’s a doctor of love — he’s actually a chiropractor in his hometown of Miami. (Although, given that he went for the kiss during his first real conversation with Lindsay and then earned the first impression rose, we can understand the confusion.)

An only child, Abasolo is close with his extended family and wants more than one kid of his own someday. His ideal number is three: two boys and one girl. As he imagines in his ABC bio, “A boy needs a little brother and they both can protect their sister.”

Other highlights: He is not into dates who talk with their mouths full and use the wrong fork, and he says his top three attributes are that he’s “affectionate/passionate, personable/charming/funny, kind/good heart.” (That’s more than three, but we’ll let it slide.)

Abasolo has a bit of an edge over the other two, as he has already met Lindsay’s friends. He also asked for her mom’s blessing to propose. (Bigger did the same; Kraus asked for her blessing to “pursue a relationship.”)

The Los Angeles-based personal trainer hasn’t been shy about his tough upbringing, and Lindsay has been immensely interested in him telling his story. However, his independent nature has made her wonder if he’s ready for a lifelong commitment.

Regardless, the 29-year-old definitely makes her laugh, and his self-proclaimed “life of the party” title has taken center stage during their time together.

I fell in love with two girls and don't know which one to give my rose to? @thelilgremlins stole my ❤️!! #dogs #puppy #chihuahuasofinstagram #ericbigger #bacheloretteabc #ilovedogs

According to his ABC bio, Bigger would love to spend a day in self-help guru Tony Robbins’ shoes, but since he can’t do that, he’s following in Robbins’ footsteps by pursuing motivational speaking and writing two e-books, Quotes to Shape Your Life and 100 Days of Wisdom.

Bigger also says in his bio that he can’t tolerate “negative people,” which became evident earlier this season when Lee Garrett tried to drag him into some drama before a huge blowout with Kenny King. Bigger would much rather focus on positive things, such as meeting his childhood crush Tori Spelling and passing on his dance moves to the next generation.

Who are you rooting for Rachel Lindsay to pick on The Bachelorette? Tell us @BritandCo.

Alissa Schulman
Alissa is a Los Angeles-based entertainment journalist who finds no shame in her bad TV tastes. When she's not hiding behind her laptop, she's ordering too much food at restaurants or running around her neighborhood.
The Bachelorette
TV
The Bachelorette