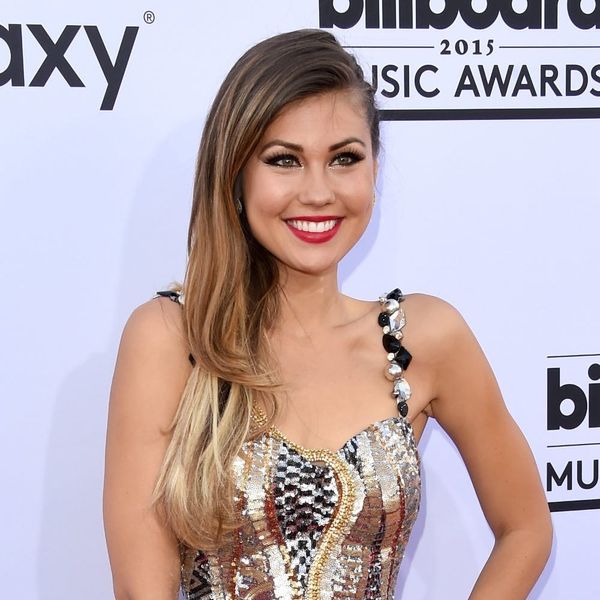 As The Bachelor’s Amanda Stanton and Lauren Bushnell team up for an unexpected new gig in the wake of their individual breakups (buh-bye, Josh Murray and Ben Higgins!), there’s another reality TV alum that’s found a little more success in the romance department. It looks like it’s finally happily-ever-after for Britt Nilsson, who’s just revealed that she’s engaged.

“Really big news!!” Nilsson shared on Instagram, posting a pic of herself and her new fiancé, Jeremy Byrne, who have been together for two years now. Before her current bae, you’ll surely remember the 30-year-old reality TV star from her time on Chris Soules‘ season 19 of The Bachelor, as well as her battle with Kaitlyn Bristowe in an attempt to become a Bachelorette leading lady. While she failed to find everlasting love on-screen, she seems to be beyond thrilled by her current relationship status.

Still bursting with excitement, the two popped a video onto YouTube sharing the story of the big proposal. There was scheming, there was deception, and (of course) a totally happy ending!

Congratulations to the loving pair!

Was there “scheming” and “deception” (*wink*) involved in your proposal story? Let us know @BritandCo!