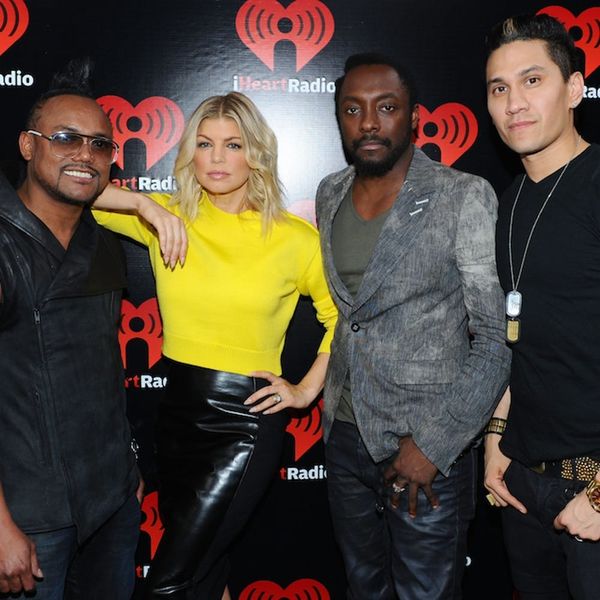 What could convince Fergie to take a break from doting over son Axl and pull Justin Timberlake away from reuniting with *NSYNC (and consequently toying with our emotions)? A Black Eyed Peas reunion of epic proportions, that’s what! Whether you were a mega fan of the group in the early 2000s or not, there’s little arguing that their empowering pro-love anthem, “Where Is the Love?,” was a powerful track.

Originally released in 2003 as a response to the September 11th terror attacks, the tune has just gotten an even more meaningful update ahead of the tragic event’s 15th anniversary. Everything about the song and its accompanying video has changed, except for one very important aspect: the underlying message of love, acceptance and equality.

Keeping the core lyrics of “Where Is the Love?” intact, will.i.am tackles them with the help of vocals from the likes of his bandmates, Justin and Jessie J., as well as the unrivaled lyrical stylings of Mary J. Blige, Usher, Nicole Scherzinger, A$AP Rocky and more, who put their own stamp on the classic hit.

When it came time to remake the video, the B.E.P. mixed still news images from the current crisis in Syria, terror attacks in Europe and #BlackLivesMatter movement with video of musicians, celebrities (we spotted Kendall Jenner, Quincy Jones, Jaden Smith, models Shaun Ross and Winnie Harlow and Jamie Foxx, to name a few) and non-celebs, all shot in beautiful black and white. Believe us when we say that the imagery is just as powerful as the words themselves!

Note: All proceeds from the sale of this song will be donated to the i.am.angel foundation, so be sure to download your copy today!

Barbara Pavone
Barbara Pavone is a pop culture-obsessed writer based in beautiful (but ridiculously cold) Montreal, Canada. When she's not working, she's sipping on a Pimm's Cup and daydreaming about her celebrity hero, Saint West.
Music
Pop Culture
Music