The Celebs Canadians Dream About Traveling With Might Surprise You 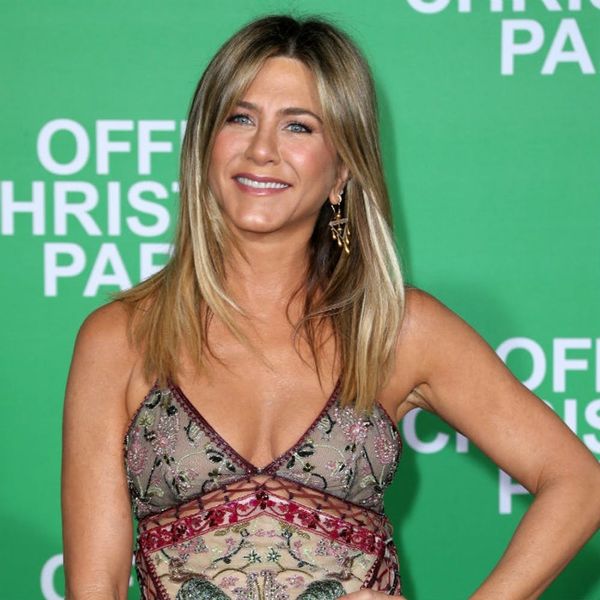 There’ve been some pretty envy-worthy celeb BFF vacations over the last few years. First, there was JLaw and Amy Schumer‘s jet-skiiing adventure (and we’re sure some other debauchery we’d want to be a part of), and then, possibly an even funnier friend group, Lena Dunham and SNL’s Aidy Bryant, swept through Tokyo, taking some amazing photo booth pics. But naming only one celeb as our dream travel buddy would be tough. Would we want to cook some comfort food with Chrissy Teigen, go on a posh Italian vacay with Selena Gomez or go kiteboarding with Obama? Well, if you’re Canadian, Jennifer Aniston is still your number one girl.

Hotels.com asked Canadians which celebs they’d most want to travel with, and Jennifer Aniston topped the list, with 24 percent of the vote. Ellen DeGeneres (oh, the belly laughs you’d have on that trip) came in number two, beating out the two Canadians on the list, Celine Dion (16 percent — now we’re talking about Canadian icons!) and cool-girl Rachel McAdams (15 percent). There’s no doubt going on a vacay with Jen would be super fun. She’s the super chill companion who’d give up her seat in first class (Emirates commercial, anyone?) and would make sure you stay hydrated on your beach vacay with plenty of SmartWater. But when it comes to the top male celeb, Canadians kind of lose us.

There’s no man Canadians would love to travel with more than Tom Hanks (29 percent). Huh? Don’t get us wrong — he’s an amazing actor — but we had no idea Tom’s popularity was still surging. More importantly when considering travel plans, though, the man is clearly cursed when it comes to travel, notes Travel + Leisure, which cites Castaway and Captain Phillips as less than ideal vacation experiences. Tom’s followed by George Clooney (19 percent), Morgan Freeman and Brad Pitt (both at 17 percent) and Leonardo DiCaprio (16 percent) as Canadian’s top male travel companions. Canada, have you forgotten the two hottest men in Hollywood are Canucks? Hotels.com, put this up for voting in the US, and we’re pretty sure Ryan Gosling and Ryan Reynolds will top the list.

So where are Canadians dreaming about vacationing with Jen and Tom? NYC was voted the top destination (24 percent), followed by Paris (21 percent), London (20 percent), the Caribbean (18 percent) and Dubai (17 percent). Travel + Leisure reports that “Only 21 percent admitted they would spend the trip taking constant selfies with Jen and Tom. In related news, 79 percent of Canadians are liars.” That sounds a-boot right.

In terms of nevermind-I’ll-just-stay-home travel companions, 56 percent of Canadians named President Donald Trump, while 29 percent chose “any of The Kardashians.” Just in case you weren’t sure where Kardashian family members sans the last name fell, 25 percent added Kanye West to the list.

Help our friends up north out. Which celeb do you think would be the best travel buddy, eh? Tell us @BritandCo!

Whitney Akers
Whitney is a writer that's equally drawn to the energy of a big city and the peacefulness of the Redwoods. If she's not lucky enough to be on an international adventure, you'll find Whitney enjoying all the urban hikes, used bookstores and fancy cocktails San Francisco has to offer.
Travel
More From Travel