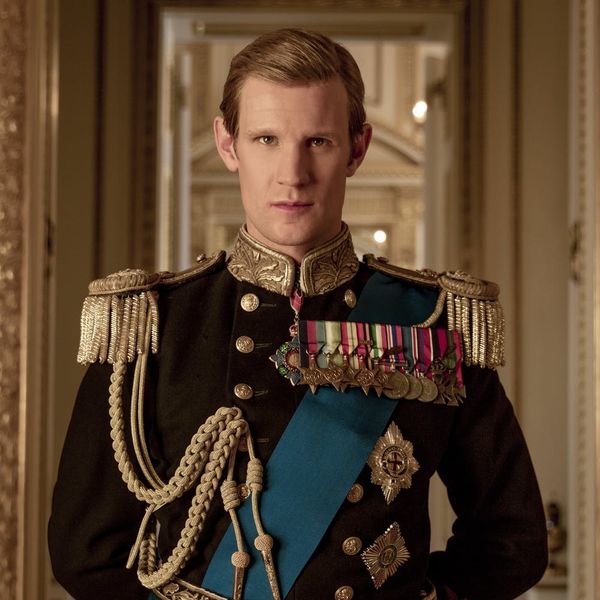 The Crown returns to Netflix with season 2 today, Friday, December 8. While this installment will cover the royal family in the late ’50s and early ’60s, the show’s stars are already looking ahead to future seasons and stories — namely, who might play the soon-to-be-married Meghan Markle and Prince Harry down the line. (Way down the line.)

Appearing on an episode of Andy Cohen’s Watch What Happens Live, stars Claire Foy (who plays Princess and later Queen Elizabeth) and Matt Smith (who plays Philip) took to the phones to answer a fan’s question about who their casting choices would be.

“Who’s that singer? Who’s the singer who goes out with Justin Timb — no, not Justin Timberlake. Justin Bieber! Selena Gomez!” Smith said excitedly, before Foy quipped, “You love Selena Gomez.”

Smith stuck to his pick, saying of Gomez, “She’s playing Meghan Markle!” Foy didn’t seem as into the suggestion, probably because, as she noted, whoever would be the proper age to play Markle in the future would have to be about 11 or 12 years old right now.

The viewer also asked the TV royals what they thought of Harry and Markle’s engagement. “We love it that they’re getting married,” Foy said, echoing all of our thoughts.

The Crown currently has six seasons planned. By the end of season 3, the show plans to fast forward to introducing Princess Diana, who will be heavily featured in seasons 4 and 5. By the sounds of it, the Harry and Meghan story might not be so far off, after all.

Who would you cast as Meghan Markle? Let us know @BritandCo!