The FaceApp Filter Made These Celebs Look EXACTLY Like Other Celebs 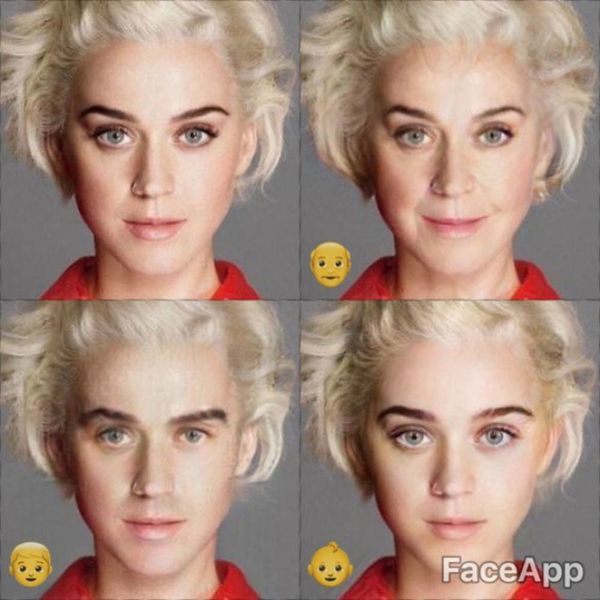 You’ve probably noticed that everyone in your timeline is playing around with FaceApp, which essentially takes a photo and instantly Photoshops it. While a bunch of people have called out the app for this one racist reason, FaceApp’s virality shows no signs of slowing down. We decided to try the app out using some of our favorite famous faces, and the results are surprising, to say the least: Almost every single celeb we popped into the app ended up looking exactly like a different celebrity.

Kylie Jenner: Where do we even start here? The “male” version sort of reminds us of Adrian Grenier, right? Maybe if they ever decide to do an all-female Entourage Kylie can be the star.

Kim Kardashian: This one didn’t work as well as some of the others, but Kim might not have looked exactly like that when she was younger.

Serena Williams: Serena’s FaceApp is definitely just her face over and over again, but the child pic looks like it could be her future daughter!

Zac Efron: Holy Alec Baldwin! Old Zefron looks just like our fave SNL Trump impersonator… with maybe a touch of Rob Lowe. And his girl version could totally be a Victoria’s Secret Angel.

Katy Perry: Boy Katy Perry is totally Gavin Rossdale, right? Her old version looks just like her makeup in the video for “The One That Got Away.”

Ryan Gosling: How is it possible that Gosling as a woman is a dead ringer for Whitney Port?

Channing Tatum: The female version of the Magic Mike star could actually be Laura Prepon (Alex on OITNB).

Blake Lively: That male Blake is giving us some Daniel Craig vibes, TBH. Might be the eyes.