The FDA Is Going to Start Cracking Down on Homeopathic Medicine 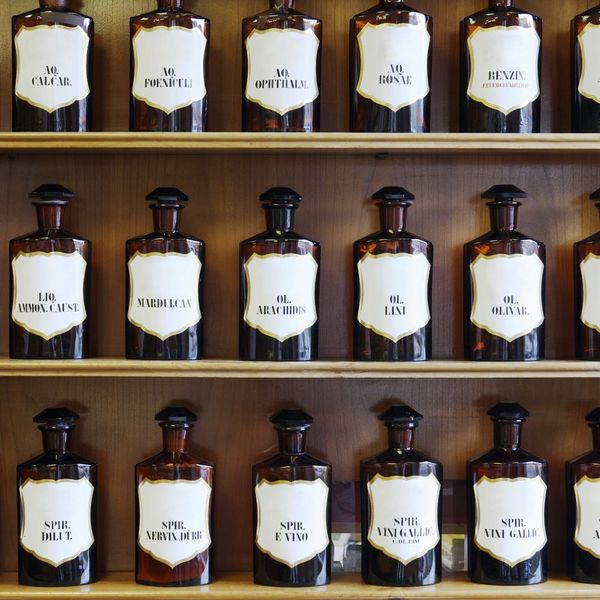 Fans of Goop and similar purveyors of natural medicine may soon see some changes to the alternative remedies they love. The FDA announced Monday that it will finally begin cracking down on unproven homeopathic remedies, on the grounds that these treatments may pose a risk to consumers.

You’ve most likely seen homeopathic remedies while cruising around the pharmacy. The cold remedy Zicam? That’s homeopathic. The super hard-to-pronounce supposed flu remedy, Oscillococcinum, is also a homeopathic remedy. Maybe you’ve also seen the Bach Original Flower Remedies, a line of remedies that purport to treat insomnia, stress, and even addiction? Those are also homeopathic remedies. And much of what Paltrow sells regarding wellness and health on her website falls under the homeopathic umbrella. Homeopathic medicine is all over the place, and there’s a decent chance you have used this medicine at some point in the past, or have it in your cabinet right now.

Homeopathy began in 18th century Germany, and is a medical philosophy rooted in the idea that the body can heal itself from pretty much anything. Homeopathic medicine usually comes in the form of a pill or liquid solution that has a small dose of a plant, such as herbs, or minerals, according to WebMD. Homeopathy has long been popular in Europe and India, but with the rise of sites like Gwyneth Paltrow’s Goop, it has gained a sizable following in the United States as well. Even still, not that many people report using homeopathic medicine in the US, and it’s mostly used by a specific demographic.

According to a 2016 report from Massachusetts General Hospital which examined 2012 data from National Center for Health Statistics, only about two percent of Americans had used homeopathic medicine in the previous year. Most of this small number of people were white, educated, married women ages 30 to 44.

Homeopathic medicine has typically been considered harmless in that the medicines themselves won’t hurt you. But people who need proper medical attention may not seek it out if they’re getting a positive placebo effect from homeopathy. The harms become even clearer when you consider that some homeopathic doctors even claim that homeopathic medicine can treat life-endangering conditions like HIV, despite scientific evidence to the contrary. And while plenty of people swear by it (and some have gotten rich selling it), homeopathy has been discredited by the mainstream medical community.

In 2015, Australia’s National Health and Medical Research Council analyzed a whopping 1,800 studies on homeopathic medicine, but found that only 225 of the studies were scientifically rigorous enough to look into further. Examining the 225 studies, the Council found “no good quality evidence to support the claim that homeopathy is effective in treating health conditions,” according to Smithsonian. The researchers also expressed concern that people who use homeopathic medicine are vulnerable to serious risks by not seeking credible medical treatments.

And now the FDA is going to start taking the potential harms of homeopathic medicine more seriously. While the FDA has long regulated homeopathic remedies, its policies have historically been pretty lenient.

According to the FDA’s new announcement, the Administration’s “proposed new approach would update the FDA’s existing policy to better address situations where homeopathic treatments are being marketed for serious diseases and/or conditions but where the products have not been shown to offer clinical benefits.” The announcement also notes that the proposed new approach to homeopathic remedies will have a specific focus: “infant and children’s products labeled to contain ingredients associated with potentially significant safety concerns, such as belladonna and nux vomica; and products marketed for serious conditions, such as cancer and heart disease.”

The Federal Trade Commission (FTC) also recently took action on homeopathic medicine. Last year, the FTC issued a rule that homeopathic medicines could not make claims about efficacy unless they’d been proven. This rule was already in place for standard over-the-counter drugs.

Though homeopathic medicines are only used by a small percentage of Americans, there’s still a need to keep tabs on the possible harms they pose to consumers. While the medications themselves probably won’t hurt anyone, in some cases, it can be dangerous to miss out on proper medical care. The FDA is taking comments on their new proposed approach to homeopathic medicines for 90 days, after which it will start taking a stricter stance on homeopathic remedies that just can’t deliver on what they promise.

Elizabeth King
Elizabeth King is a politics, history, and culture writer based in the Twin Cities. She is generally pretty cranky but still enjoys traveling, music from the early 2000's, and plotting the resistance. Feel free to say hi on Twitter at @ekingc or check out some of her work at www.elizabethcking.com.
Controversy
Womens Health
Controversy Womens Health