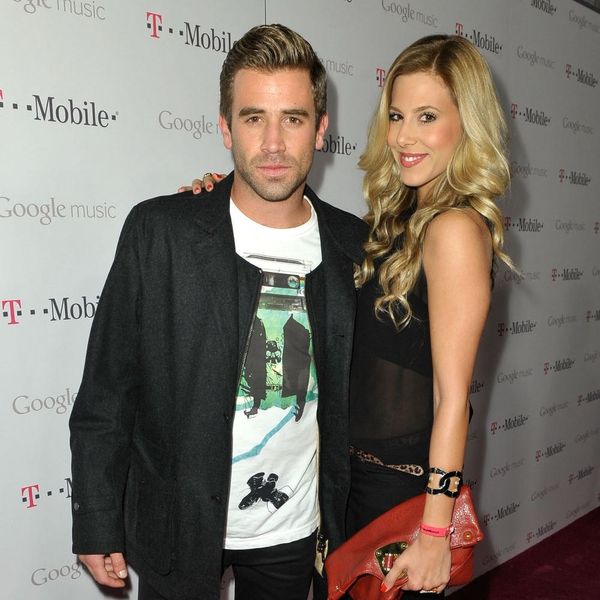 There’s definitely a baby boom in The Hills right now. Lauren Conrad, Whitney Port, Audrina Patridge, and Kristin Cavallari are all moms, Heidi Montag has a little one on the way, and now another alum has just become a parent: Jason Wahler (who dated Lauren Conrad way back when) is the proud father of a newborn baby girl!

According to Entertainment Tonight, Wahler and his wife, Ashley, welcomed daughter Delilah Ray Wahler into the world on Monday, August 21, at 8:16am in Newport Beach, California.

“We are so unbelievably in love,” the couple told ET. “We are so excited to start this new chapter of our lives and never thought we could love someone so much.” They also said that Delilah is already a “daddy’s girl,” which is just fine by her father, who apparently “loves to swaddle and cuddle with her.”

Ash, I and the nugget!

The new parents, who have been married since October 2013, announced that they were expecting their first child in February, telling ET, “All of it is such an incredible journey and blessing we get to be a part of. We are so overjoyed and excited for this baby! We absolutely LOVE kids and are so happy to finally be starting a family of our own.”

Congratulations to the new family! We can’t wait to see Delilah as part of The Hills 2.0 when the original cast’s little ones grow up and are ready to star in their own drama-filled reality show.

Would you watch a show starring the original cast’s kids 20 years from now? Let us know @BritandCo!