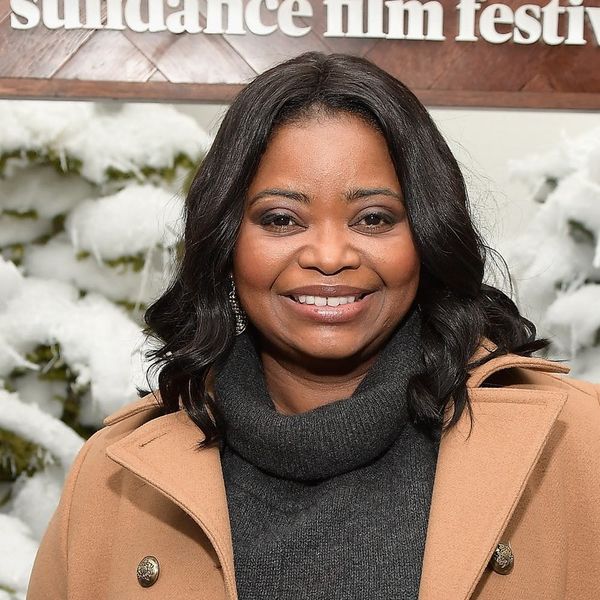 The Sundance Film Festival is in full swing in Park City, Utah, and while we’ve seen some bold style, to be sure (Chloë Grace Moretz’s goth lips, though!), it’s a fresh take on an old winter-wear staple that’s all but taking over the streets. Wool camel-hued coats (much like the Sentaler Long Wide Collar Wrap Coat, $1,295, Meghan Markle sported for her first Christmas appearance with the Royal family) are being spotted on everyone from Naomi Watts to Octavia Spencer, proving that the elegant, neutral tone looks great on pretty much everyone and can be paired with just about anything — see for yourself below!

2. Octavia Spencer: The Hidden Figures actress sported a shorter version of the trending style in a chic, waist-length camel coat with buttons running down both sides. (Photo via Matt Winkelmeyer/Getty)

3. Emmy Rossum: The 31-year-old slayed in a chic camel overcoat that gave us slight 70’s vibes thanks to its super-wide collar. (Photo via Ray Tamarra/Getty)

4. Priyanka Chopra: The Quantico star funked her elegant outerwear up a bit with a pair of casual camo pants and some chunky black heels. (Photo via Daniel Boczarski/Getty)

5. Kiersey Clemons: Is The Flash star’s ribbed-sleeve coat (expertly complemented by pinstripe brown Max Mara pants) not the this not the coziest-looking thing you’ve ever seen? (Photo via Jason Merrit/Getty)

6. Emma Roberts: The Scream Queens star wrapped up in a double-breasted wool camel coat and matching sunnies. (Photo via Bauer-Griffin/GC/Getty)

Which of these beige coats is your fave? Let us know @BritandCo!