The Origins of the Potato Chip 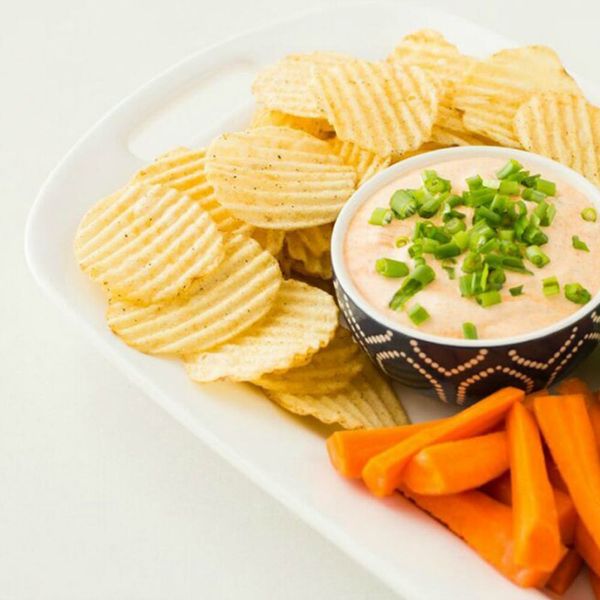 March 14th is National Potato Chip Day. It’s rumored that potato chips got their start in the mid-1850s at a restaurant in Saratoga Springs, New York, when an angry customer at Moons Lake House sent back an order of fried potatoes, complaining that they were too soggy. Miffed, the chef took a potato and sliced it paper thin, fried it up crisp and sprinkled it with so much salt he thought it would be inedible. The customer is purported to have loved the crispy, salty chips so much he called for seconds. Thus the potato chip was born. Today many other root vegetables get the crispy potato treatment. Here are 5 alternatives to the potato chip. And here are 17 more crispy chips you can dip that aren’t potatoes.

So, is the rumor about the chip’s origins true? It’s unclear, but by the late 1870s, “Saratoga Chips” were popping up on menus everywhere — in hotels, restaurants and even street vendor carts. Potato chips have remained America’s favorite snack for decades. Today they continue to be the best selling snack food in the world, followed by tortilla chips and crackers. We consume an average of 1.2-billion pounds of potato chips each year in the U.S. Here are 14 more ways to chip and dip.

Today is also National Napping Day and National Pi Day, which seems fitting. Having lost an hour of sleep last night and after snacking on pie and chips today, we are all going to need a good nap.

Have you heard an alternative potato-chip origins myth? Tweet us at @BritandCo.