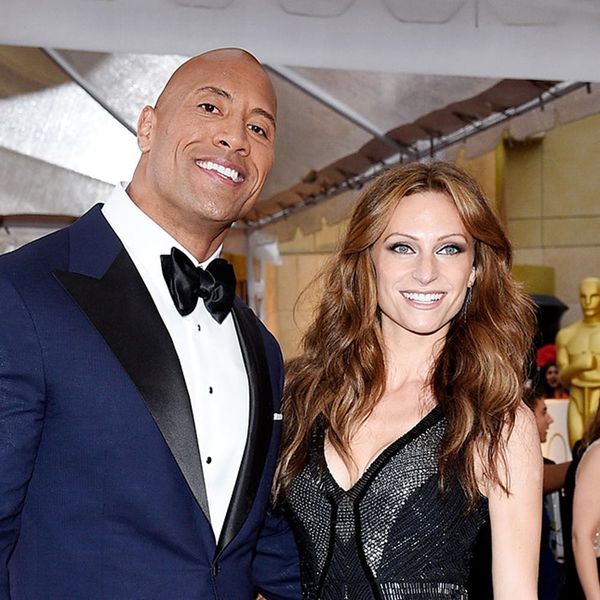 Dwayne Johnson, aka “The Rock,” is a big ‘ol tough guy — literally. He’s MASSIVE and has made a career out of pulverizing opponents in the wrestling ring and on the big screen. You don’t think “aww-dorable” when thinking about The Rock, until now. Today he posted a sweet Instagram picture with his longtime girlfriend Lauren Hashian that revealed something incredibly personal and sweet in a cute and creative way: the gender of their baby.

Lauren is pregnant and the couple is having a baby girl! The announcement had a super touching caption that read, “I was raised by and live with amazing and strong women, so the universe felt we needed one more… IT’S A BABY GIRL!! THANK YOU guys so much for the awesome support and love you’ve sent @laurenhashianofficial and myself from around the world. We’re so grateful for this blessing and thrilled to share the news with y’all. #BringOnMoreEstrogenInOurHome #MeAndPuppyHobbsAreTheOnlyDudes #Proud2xPapaBear #JustOverHereMakingBabiesAndStuff.” What a caption, right?!

In the photo, the couple looks *thrilled* as they should, as Dwayne hugs Lauren’s growing baby bump. This happy twosome also fully embraced fall for this photo opp — those bright orange autumn leaves are stunning — so now when they look back on the announcement, they’ll always remember the time of year they found out about their baby girl. Congrats to The Rock and Lauren!

What creative ideas do you have for a baby announcement? Share your thoughts in the comments below.

Beth Wischnia
You can typically find this Texan writing, trying on a new lipstick, gabbing with her identical twin sister or volunteering at the local animal shelter. She finds inspiration from rosé, beauty products, Tex-Mex and cats.
Celebrity Baby
Moms
Celebrity Baby
More From Moms