The Scary Thing Using Tinder Says About Your Body Image 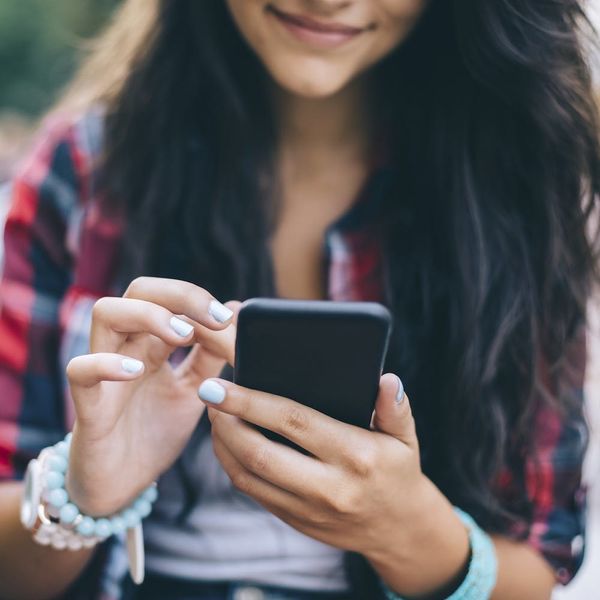 In a lot of ways, dating apps have made our lives easier, and it seems like there are more to choose from every day. People even have strong ideas about how to find an app specifically tailored to your personality. But if you’re starting to feel fatigued by all that swiping left and right (and not just in your thumb), you’re not alone.

According to new research presented at the American Psychological Association’s annual convention, people who use Tinder have a way lower perception of their body image than those who don’t — even if you can’t tell that from all their smiling profile selfies.

The study looked at college-age users, 1,044 women and 273 men. They were asked about how they used Tinder, their body image, social and cultural factors that might influence their usage or perception of the app and their general mental wellbeing. Of the 10 percent surveyed who said they use Tinder, both male and female participants reported lower satisfaction with their looks (in terms of body shame, body monitoring, internalizing societal expectations of beauty and comparing themselves to others). And, surprisingly, male users have the lowest overall self-esteem.

The reason this is so interesting is that so many body positive movements are aimed only at women, and we traditionally think of social media and the Internet as being negative places specifically if you’re female. (Which, to be fair, is probably backed up by some gross messages from dudes in your Tinder DMs right now). But it turns out, it can be rough out there on the information superhighway for guys too.

The study doesn’t necessarily prove that Tinder is causing these issues. The researchers acknowledged that it could just be that people with lower self-esteem are more likely to use dating apps. There will have to be additional research before we can have a solid understanding of how these apps affect users psychologically. But if you ever feel depersonalized or disposable in your interactions on the app (like when a guy clearly just copies and pastes the same message for every woman), or you’ve noticed that you feel like it makes you feel more critical of your body, it could be time to take a break.

How do you feel about dating apps? Let us know with a tweet @BritandCo.