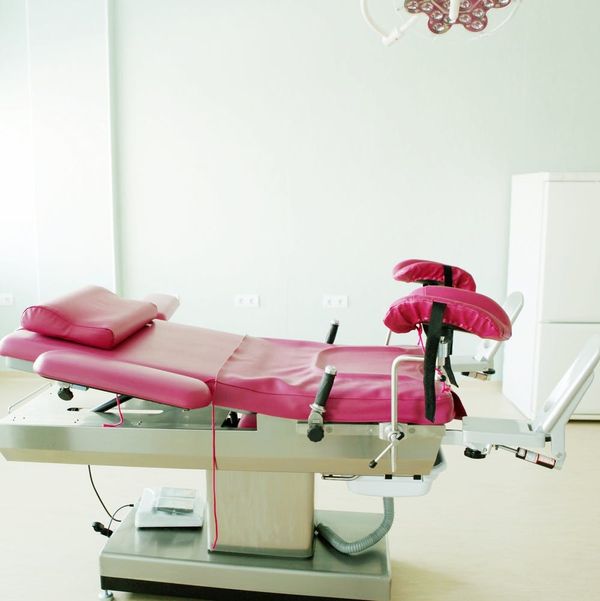 Any person with a vagina who’s been for a pelvic exam knows the feeling and sound of being in stirrups, knees askew, with your doctor fiddling with a cold, metal speculum in preparation of your examination. When coworkers Hailey Stewart and Sahana Kumar both had pelvic exams the same week, Stewart realized that even though there is a major taboo around women’s pelvic health, her exam was so terrible that she wanted to discuss it with her colleague.

The women agreed that the entire experience is unpleasant as all hell, made worse by the cold, scraping metal speculum that doctors use. As, respectively, an industrial designer and experience designer, the two decided it was high time that the speculum be redesigned by folks with actual vaginas. Thus, the Yona was born.

Although the speculum has been around for over 2,000 years (f’real), the modern version was pioneered by Marion J. Sims, a doctor often credited as the “Father of Gynecology.” Sims performed painful procedures and surgeries on slaves without the use of anesthesia, and his speculum (the style of which is called a bivalve for the two leafs that are used for insertion) was created and perfected during his horrific experimentation on Black women.

While it’s been over 150 years since Sims’ work, very little has changed for people facing internal pelvic exams. Although many doctors around the world have switched to a recyclable single-use plastic speculum, they are still the bivalve style pioneered by the slave-torturing doctor. This is where Yona comes in.

Stewart and Kumar enlisted colleagues Rachel Hobart and Fran Yang, and took their combined experience both as people with vaginas and as designers to come up with the three leaf design, and a tool that is covered in soft medical silicone. There is also no audible cranking with a Yona (the name is a combination of the words “yoni” and “vagina”) compared to its ancient clanking counterpart.

The women’s invention is still in the prototype phase, and they know they face an uphill battle in getting it approved. There have been many iterations on the speculum since the days of Sims, but studies show that doctors don’t like change, and in a field still dominated by men, it may be hard to talk those without vaginas into trying a tool that makes the patient more comfortable.

Lisa Jongewaard, the lead clinician for a San Francisco Planned Parenthood clinic, is excited about the Yona. Earlier this month, she told The Lilly, “Thinking of a woman’s comfort — is pretty novel and wonderful that we’re finally looking at that. It’s super exciting to see young women who are just passionate about women’s health and reproductive health.”

While the team behind Yona continue to manage their prototype, they hope that their redesign can lead to fixing other areas of discomfort during pelvic exams. They currently have an app to help calm patients during their exams, and hope to redesign exam tables and stirrups in the future.

Have you ever avoided a medical exam due to discomfort? Tell us how you coped @BritandCo!

Kat Armstrong
Kat has been a writer, social media maven and mom for longer than she's willing to admit. She's also spent time in front of and behind the camera, interviewing celebs, politicians and acting as a producer for fashion and artistic photography shoots. When she isn't writing for various orgs and publications, she's hanging with her kids, husband and French Bulldog, Peter, in Toronto, Canada.
Womens Health
Womens Health
Womens Health