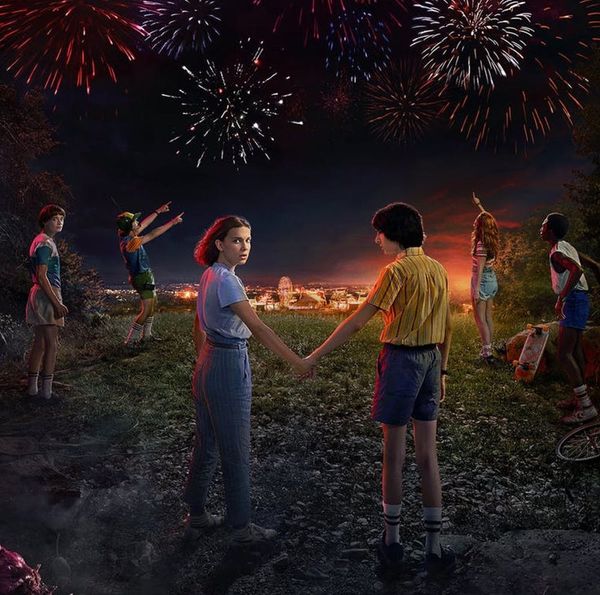 Netflix is celebrating the first day of spring with a glimpse of what’s set to unfold this summer when Stranger Things season 3 drops on Netflix. In its first full trailer, the kids of Hawkins seem intent on enjoying their summer vacation — until, of course, the monsters show up.

The trailer, released on Wednesday and set to The Who’s “Baba O’Riley” (AKA “Teenage Wasteland”) shows Mike (Finn Wolfhard), Eleven (Millie Bobby Brown), Dustin (Gaten Matarazzo), Lucas (Caleb McLaughlin), Will (Noah Schnapp), and Max (Sadie Sink) living their best teen lives as they hang out at the mall, the county fair, the pool, and in their fictional Midwestern town’s scenic outdoors in the summer of 1985.

It paints a picture of an idyllic young summer vacation, but darkness is lurking closely, and the trailer then signifies that they’re not done defeating the Demogorgon just yet.

“We’re not kids anymore,” Mike can be heard saying as an emotional Will looks back on photos from the group’s younger days. “I mean, what did you think? We’re just going to sit in my basement all day?”

Set one year after the events of season 2, the new episodes — the mysterious titles for which were dropped back in December — will also feature more of the growing friendship between Steve (Joe Keery) and Dustin, the relationship between Nancy (Natalia Dyer) and Jonathan (Charlie Heaton), as well as drama with the new bully, Max’s stepbrother Billy (Dacre Montgomery)

Elsewhere, Hopper (David Harbour) seems intent on keeping Eleven along with the rest of Hawkins and its residents, including Joyce (Winona Ryder), safe from the terrifying monsters that plague the town, and show up in the trailer’s final moments to squash whatever sense of summertime fun everyone had been lulled into.

RELATED: 12 Things You Can Expect from Season 3 of “Stranger Things