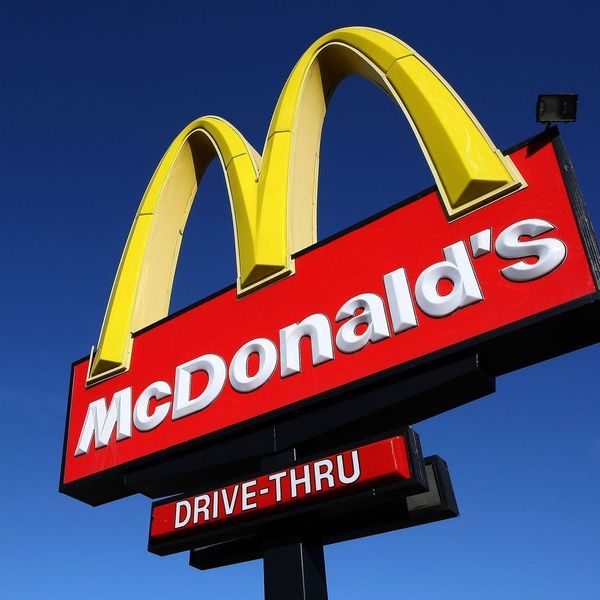 It’s been a roller-coaster year for McDonald’s — first, they scrapped all-day breakfast (wah!), then they created what might actually be the most Instagram-worthy drink of 2017. Now one of the global food brand’s overseas ad spots is bringing another low, as McDonald’s UK sparks Pepsi-level backlash for its most recent ad — one that was scrapped almost as soon as it first aired.

In the commercial, the company used the story of a boy and his mom sharing some time together in the wake of the loss of the boy’s father. At the end, the boy is about to bite into a Filet-o-Fish when his mom quips, “That was your dad’s favorite too.” For some, the line took things too far, coming across as “exploitative” and “cynical.”

I am sickened and disgusted by this advert. Lost my dad at 9. Memories? Yes .Burger? No! Shameful ad #McDonalds

New #McDonalds advert, cynically using the story of a kid's dead dad is trashy beyond belief. Who needs 2 parents when you have McNuggets?

There ARE many people in the opposite camp, however, who think the commercial was just lovely.

So as someone who lost their dad and can't remember him. I don't think the dad McDonald's advert was offensive #McDonalds

Thought the mcdonalds advert was touching myself.

For their part, besides pulling the commercial after receiving more than 100 complaints immediately after it first aired, the company has issued an apology, explaining that they were not trying to offend anyone but the goal was, “to highlight the role McDonald’s has played in our customers’ everyday lives — both in good and difficult times.”

In light of other recent advertising missteps, such as Pepsi’s or the shockingly misguided Nivea ad, it’s a wonder that ad execs aren’t looking at their work more critically.

What do you think of McDonald’s UK ad? Tell us @BritandCo!

Kat Armstrong
Kat has been a writer, social media maven and mom for longer than she's willing to admit. She's also spent time in front of and behind the camera, interviewing celebs, politicians and acting as a producer for fashion and artistic photography shoots. When she isn't writing for various orgs and publications, she's hanging with her kids, husband and French Bulldog, Peter, in Toronto, Canada.
Controversy
Pop Culture
Controversy
More From Pop Culture