These Surprising Words Are Now Officially in the Dictionary 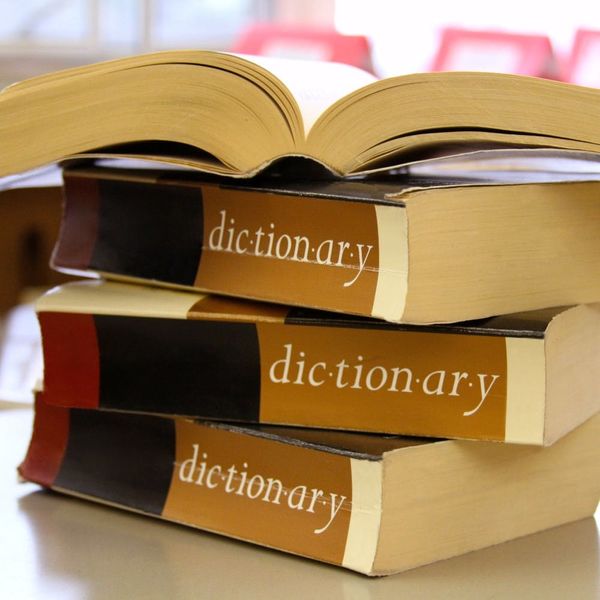 Some folks may raise their eyebrows when you tell them that your former binge-watching partner totally ghosted you after they threw epic shade your way (which is weak-sauce, BTW, and worthy of a facepalm)… but we hear you loud and clear. So does Merriam-Webster, who just added more than 1,000 new words to their dictionary. Some are obvious, some are questionable and others are totally surprising.

Capturing the current vocab of millennials (and those in the know), terms like “to throw shade” (v.: to express contempt or disrespect for someone publicly especially by subtle or indirect insults or criticisms) and “to ghost” someone (a verb meaning “to abruptly cut off all contact with someone by no longer accepting or responding to texts, etc.”) are now officially part of our language.

“These are words that have demonstrated frequent and increasing use in a variety of sources,” said Merriam-Webster‘s editor-at-large, Peter Sokolowski, according to Time, “and are therefore likely to be encountered by a reader — and should be in the dictionary.”

So what else made the list of new words? Well, along with humblebrag, first-world problem and safe space, here are a few examples:

1. weak sauce: a term for “something inferior, ineffective, or unimpressive”

2. face-palm: a verb that means “to cover one’s face with the hand as an expression of embarrassment, dismay, or exasperation”

3. binge-watch: a verb meaning “to watch many or all episodes of a TV series in rapid succession”

4. net neutrality: the idea that “internet service providers should or must treat all internet data as the same”

5. truther: “one who believes that the truth about an important subject or event is being concealed from the public by a powerful conspiracy”

What do you think about this year’s new words (and which would you have included or NOT included)? Tweet us @BritandCo!