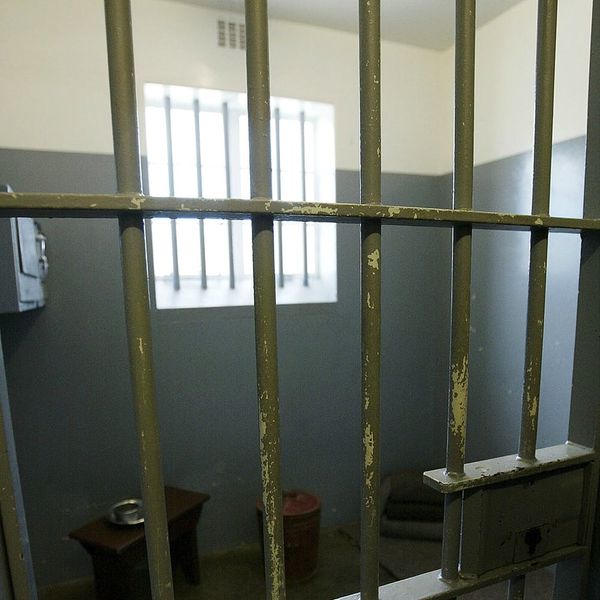 You know that old saying about truth being stranger than fiction? This news story just may have proved that theory once and for all.

Here’s the rundown: When a jail guard looking after eight inmates inside a District Courts Building in Weatherford suddenly stopped speaking and slumped over, it quickly became clear he was likely suffering from a heart attack. The men he was tasked with guarding then did the unthinkable. They broke out of their cell to save his life.

As can be seen in a six-minute long video obtained from the Park County Sheriff’s Office by BuzzFeed, after trying to yell for help and realizing that no one could hear them, the eight inmates made a bold move as they found a way out of the holding room to check the man’s pulse. Finding it gone, they began to make as much noise as possible to catch the attention of the people inside the courtroom above them.

What’s equally impressive is the reality that, in trying to save the guard’s life, they were actually endangering their own. As inmate Nick Kelton told WFAA, “We were worried they [were] going to come with guns drawn on us,” he said.

His fears weren’t unwarranted: When guards finally came in and saw the men standing over the lifeless body of the guard, they had no idea what was happening. Luckily, they didn’t jump to any conclusions. “We were going to call ‘“Mayday’ or something,’” Kelton added in his interview.

As Capt. Mark Arnett later told the news outlet, the prisoners likely saved the guard’s life. “He could have been there 15 minutes before any other staff walked in and found him,” Arnett explained, 15 minutes that the guard may not have been able to afford. He is now recovering and expected to return to work next week. All thanks to a selfless act of kindness that came from a truly unexpected place.

Does this wild story restore some of your faith humanity? Tweet us @BritandCo.

Barbara Pavone
Barbara Pavone is a pop culture-obsessed writer based in beautiful (but ridiculously cold) Montreal, Canada. When she's not working, she's sipping on a Pimm's Cup and daydreaming about her celebrity hero, Saint West.
Most Recent