This App Will Let You Unsend Texts/Save Your Life 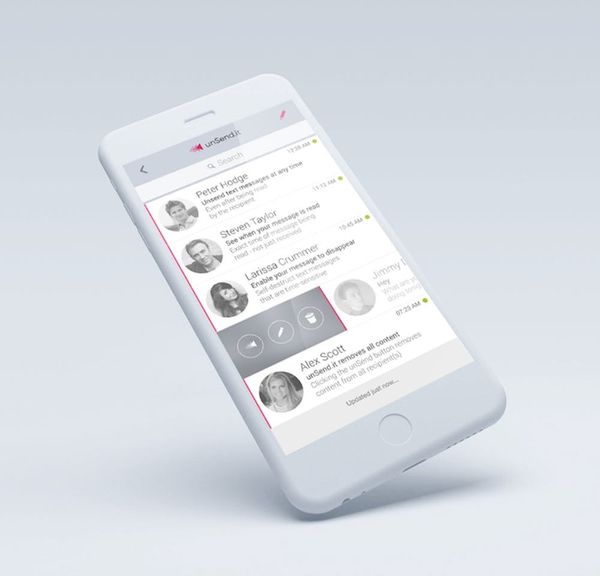 Our smartphones are really good at watching our backs these days. Not only will they get you home safe, but they’ll also check if you’re safe to drive and watch your safety in, well, other areas. Gmail recently revealed its new feature of letting you unsend those accidental “pressed-send-too-early” or “I-just-replied-all-to-the-whole-company” emails. Answer us this, Gmail. Can you unsend accidental texts? No? Well, the unSend It app can.

The nifty little lifesaving app will be rolling out to iOS and Android users alike sometime in the near future and saving us all from some super embarrassing texting situations — yup, so Drew Barrymore in Going the Distance will never be you.

The app will apparently be able to allow users to, according to their site, “unsend or edit sent text messages from the recipient’s phone at ANY time, even if the recipient doesn’t have the app installed.” Sounds like one powerful app. It’s like Spiderman’s uncle said, right? With great power comes great responsibility. Get excited for this app release, but use wisely, my friends.

Will you be using this app after it’s released? Let us know what you think in the comments below!

(Photo via New Line Cinema and uSend It app)