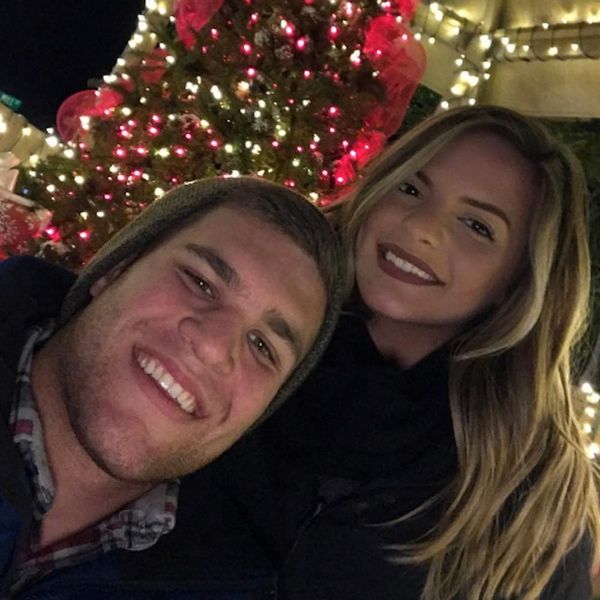 It’s been a wild year for weird and inspiring beauty trends on Instagram and Youtube. We saw people apply 100 layers of just about anything to their nails and faces and dye their hair — and even their eyelashes — in stunning rainbow hues.

But an unexpected trend has emerged in the beauty community to end the year, and it might just be one of our favorites yet — the clueless boyfriend/husband/dad voiceover.

Jenna Marbles had her boyfriend narrate her video back in November, and it gave us hilarious takes like “you can eat the ball of foam when you’re done” over a very earnest Jenna putting on foundation with a blender.

Beauty vlogger Meggs and Bacon (aka Megan Michell) was also inspired by the voiceover vids in the community and had her dad narrate her everyday makeup tutorial. As you can probably expect, it was dad jokes GALORE, and actually kind of totally on-point when he pointed out that her full Urban Decay Naked palette was a waste because she only used one or two colors from it. LOL, busteddd.

But our fave of the bunch just might be Casey Holmes’ video, where she gets her boyfriend Davis to narrate her relatively simple everyday look. Oh, and he did it while drunk. “We are currently in Tennessee having a little Christmas getaway and this was the only time we could do the voiceover!” Casey explained in the caption. “This turned into the ‘drunk’ version because we went to a few stores where they sold moonshine and gave out samples…Needless to say, we may have bought some and had more than our fair share lol.”

“Here, we’re going to add a little bit of… eye stuff… to make my eyes ready to go,” Casey’s sorta slurring BF says as she starts priming her lids for a smokey eye. He actually makes a pretty convincing go of it, noting the layered applications of darker and lighter shades and blending them properly. Then he adds some color commentary, saying, “It’s a look that you gotta go for if you’re trying to say, ‘Hey, I’m ready to party, but I’m also independent,’ you know what I’m saying?” LOL WUT.

As the video continues, it becomes pretty clear that he MUST watch her videos because he knows about highlighters and contouring, the latter of which he calls one of the “keys to success” (the other being eyelashes), and that’s more than we can say for most innocent bystanders. Well done, Davis!

Would your BF have even the slightest clue what he was talking about? Let us know over @BritandCo!

Nicole Villeneuve
Nicole is an entertainment and lifestyle writer covering pop culture, news, and cool women doing cool things. She likes yard sales, MTV's Teen Mom, and putting too many memes in the group chat. She lives in Toronto.
Most Recent