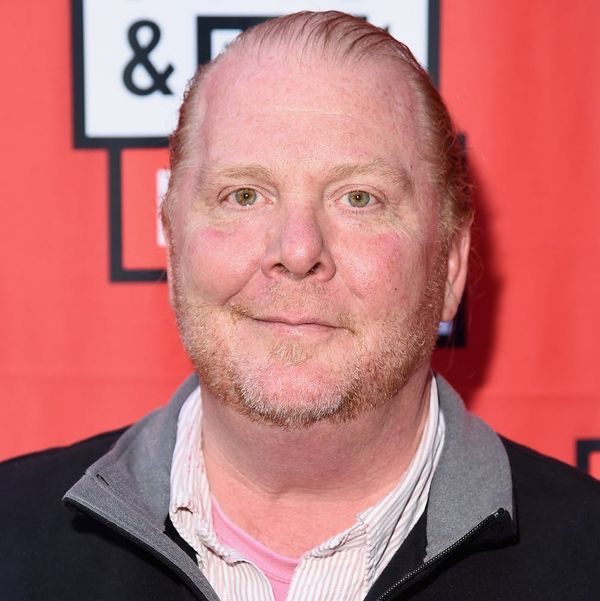 Here’s what happens when you make fun of a celebrity’s tone-deaf sexual misconduct apology:

Martha Stewart gives you a shout out.

At least that’s how things went down for blogger and author Geraldine DeRuiter. She writes an awesome blog called The Everywhereist. Like many, DeRuiter was taken aback when celebrity chef Mario Batali responded to accusations of sexual harassment with an apology accompanied by a recipe for cinnamon rolls.

Like many, she was curious about what led to the bizarre recipe inclusion. Writes DeRuiter:

“And of course, the glaring question is why? Was his PR team drunk? Is life suddenly a really long, depressing SNL sketch? Do these cinnamon rolls somehow destroy the patriarchy? Does the icing advocate for equal pay? I figure the only way to answer these questions is to make the damn rolls.”

And so she did, documenting the entire process and peppering it with anecdotes about the harassment she has experienced in her own life.

“A guy on Twitter tells me that I’m a vile man-hater. His feed contains a photo of my very-alive husband wearing a feminist t-shirt. Underneath he’s written the message ‘RIP.’ I sprinkle the sugar and cinnamon over the top.”

In the post, DeRuiter is highly critical of the recipe itself, and the rolls don’t turn out well. She concludes her experiment thusly:

“Batali’s another drop in the bucket. He’s not the first, he certainly won’t be the last (he already isn’t). The misogyny runs so deep that the calls now come from inside our heads. We blame ourselves. We hate ourselves. We wonder if our skirts are too short, if our bodies are too noticeable. If we’re asking for too much, or not enough. We don’t trust ourselves, even when we should.

We try to follow a half-written recipe and think it’s our fault when it doesn’t work. We need to undo an entire humanity’s history worth of hate against women. Apologies are a good start. Just skip the goddamn recipe.”

Seems reasonable, and the post quickly swept across the interwebs, drawing heaps of compliments, including a kudos from the restaurant critic for the New York Times. But her words seem to have angered a lady-hating, troll-infested corner of the internet (you know the one), because within days, DeRuiter’s Twitter account had been hacked. She’s regained access now, but couldn’t help but repeatedly express her dismay that the whole debacle was, “BECAUSE I WROTE A POST ABOUT CINNAMON ROLLS.”

Things were starting to settle down for DeRuiter when the convicted felon/patron saint of homemaking, Martha Stewart, went ahead and Tweeted her approval for the cinnamon roll post:

I Made the Pizza Cinnamon Rolls from Mario Batali’s Sexual Misconduct Apology Letter https://t.co/BMCTFmrgeY. Sent to me by my daughter,Alexis. I read it this morning. Amazingly a pro pos ! Enjoy!

This attention caused DeRuiter’s site to crash, which she at first thought was the work of hackers, but then quickly realized was because the high priestess of perfectly cooked pot roast was saying nice things about her.

DeRuiter manages to fit a whole lot of wise-beyond-her-years observations about the patriarchy into an anecdote that is ostensibly about making some pretty terrible cinnamon rolls. We’re glad she’s not letting the trolls get her down.

How do you think DeRuiter handled the situation? Tell us @BritandCo!