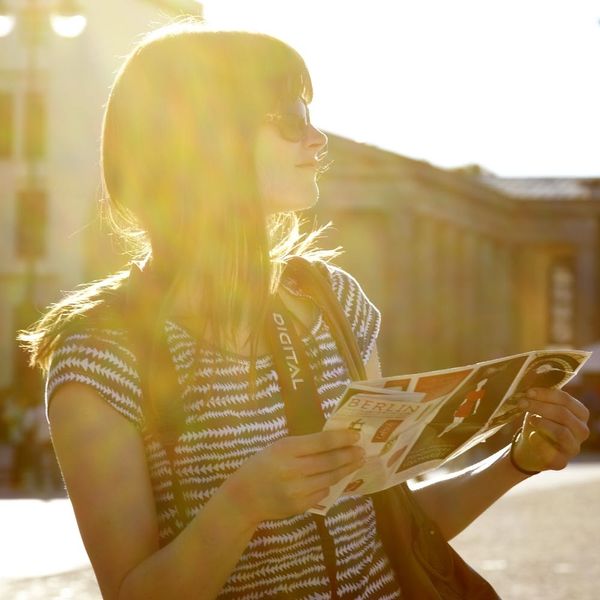 Travel to Europe may be super cheap RN (and part of that might have to do with the fact that many folks are scared they might not be able to come back home, TBH), but nothing beats free, especially when paired with the words, “Dream Job,” areweright?

Just when we thought it couldn’t get any better than getting paid to eat bacon (for the meat-eaters among us, at least!), tweeting about the Royals, or drinking beer while traveling, Busabout (a European travel company with a “hop-on, hop-off” railway approach) has come up with two separate positions that would allow you to see the European sights free of charge.

The company is calling for both a brand ambassador and a video producer who will work as a team to produce a travel vlog of their adventures, in addition to documenting them via social media. Busabout will pay for the trip (and yes, flights are included), which will span from the beaches of Seine to the castles of Czech Republic. The company will also be giving the lucky chosen two a daily food stipend and an undisclosed fee upon project completion.

Sounds pretty sweet, right? Here’s what you’ll need to do. First and foremost, the trip will take place between the months of April-September (so if you’re a bridesmaid in your bestie’s summer wedding, this is likely a no-go for you). Secondly, you must be over 18 and in possession of (or able to get) a valid passport.

From there, the qualifications vary, depending on which role you’re eyeing. The brand ambassador will be on-camera, so he or she will need to be able to tell a mean story, and be a natural in front of the cam. The video producer will need to prove they know their way around the camera, in addition to being a creative genius, more or less.

Sound like you? Well, what are you waiting for? Applications are being accepted from now through March 5, so here’s your shot: Find out more about whether you qualify here.

Will you be applying for one of these spots? Let us know over @BritandCo.

Nicole Briese
Nicole is the weekend editor for Brit + Co who loves bringing you all the latest buzz. When she's not busy typing away into the wee hours, you can usually find her canoodling with her fur babies, rooting around in a bookstore, or rocking out at a concert of some sort (Guns N' Roses forever!). Check out all her latest musings and past work at nicolebjean.com.
Travel
More From Travel