This Glee Star Has Revealed Her Engagement Is Off 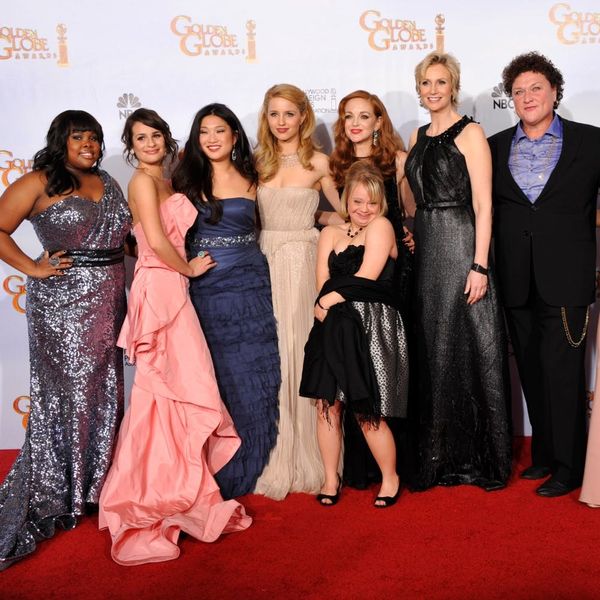 There have been plenty of Glee engagements, Glee weddings, and even a few Glee babies popping up since the show ended back in 2015, such as Becca Tobin’s love story that came with a super modern (and massive) engagement ring, Heather Morris’s wedding which was basically a cast reunion, and Jayma Mays’ baby boy. Though some are still waiting for their happily-ever-after, including Lauren Potter, who just revealed that her engagement is off.

After accepting a promise ring back in August from her bae, Timothy Spear, she’s now announced that the intended engagement is off and the two have split. “It hurts,” 26-year-old Potter told People, revealing that she was already designing her wedding dress when Spear broke things off over the holidays. The actress added, “After we got married I wanted to wake up and see him make breakfast for me. I loved him so much.”

Potter’s mother, Robin Sinkhorn, explained the breakup, saying, “He did not like the publicity. It was overwhelming.”

But Potter is still looking ahead and excited for what’s coming as she hits the gym, looks for a new gig and starts dating again. “This is the first time I’ve seen her happy in months,” her mom assured fans. “She’s looking forward to the future.”

Now that Lauren Potter is moving on and looking for a new gig in Hollywood, what would you love to see her play? Let us know @BritandCo!

Desiree O
Desirée O is a ‘Professional Bohemian’ who loves anything and everything related to the arts, entertainment, and pop culture. She ADORES being a ‘Newsy’ for Brit + Co, covering all of the latest tidbits of awesomeness that you want to read about. When she’s not writing, she’s either making messy art, going on long adventurous walks with her camera, or poking around over at bohemianizm (http://www.bohemianizm.com/). You can find out about Desirée O and her work at http://DesireeO.com/ or follow her on Twitter @DesireeO.
Engagement
Celebrity News
Engagement
More From Celebrity News