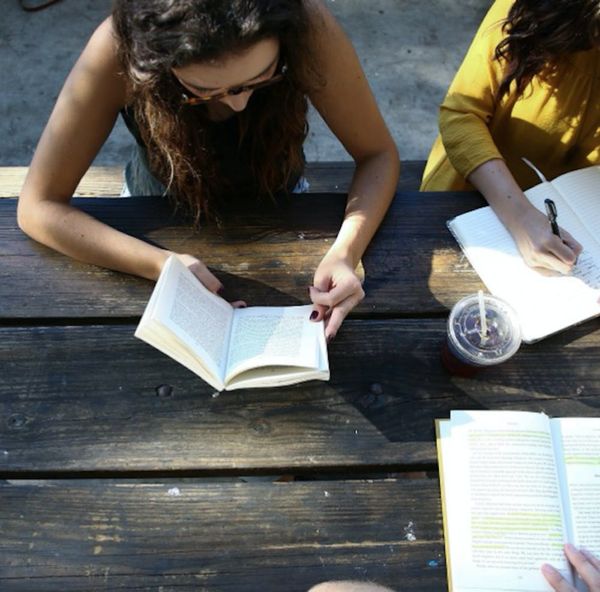 It’s a bummer and a reality that dress codes are so often about telling people — especially people that identify as female — to cover up. From grade school through high school and all the way into the working world, all kinds of people have opinions about what women should and shouldn’t wear (while no one ever tells my dad that his pants with the legs that zip off into shorts aren’t “flattering”).

Whether it’s a magazine lecturing women on what size they have to be to wear a crop top, an airline objecting to a female passenger dressed in leggings, or a professional sports association dictating how their members should clothe themselves while competing or attending events, it seems like this type of formally sanctioned body-shaming pile-on is everywhere.

So it was pretty exciting to read about a high school in Illinois that designed their new dress code around the idea of eliminating body-shaming and other types of discrimination. Evanston Township High School has made it clear to their staff and students that no one will be told they can’t wear items like leggings, tank tops, or hoodies (all of which had previously been banned). In fact, those items are now explicitly permitted.

Not only is the school focussed on promoting body-positivity, but they also aim to improve the school environment in terms of issues like ethnicity and economic inequality. The code states that “Staff shall enforce the dress code consistently and in a manner that does not reinforce or increase marginalization or oppression of any group based on race, sex, gender identity, gender expression, sexual orientation, ethnicity, religion, cultural observance, household income or body type/size.”

What isn’t allowed is clothing with “violent language or images or clothing that includes hate speech, profanity, pornography, or hostility toward marginalized groups.” Basically, they’re banning clothes that alienate or exclude groups, while making sure that the dress code itself isn’t alienating or exclusionary. It almost makes you want to go back to high school…

What do you think of this school’s new dress code? Tell us on Twitter!

Corrina Allen
Corrina Allen is a film + television + travel writer from Toronto. Her journalistic goals include a backstage interview with David Byrne, the fictional character she identifies most closely with is John Wick, and her favorite dead person is Vladimir Nabokov. She never, ever Instagrams photos of her food (just her dog).
Body Positive
Current Events
Body Positive inclusivity
More From Current Events